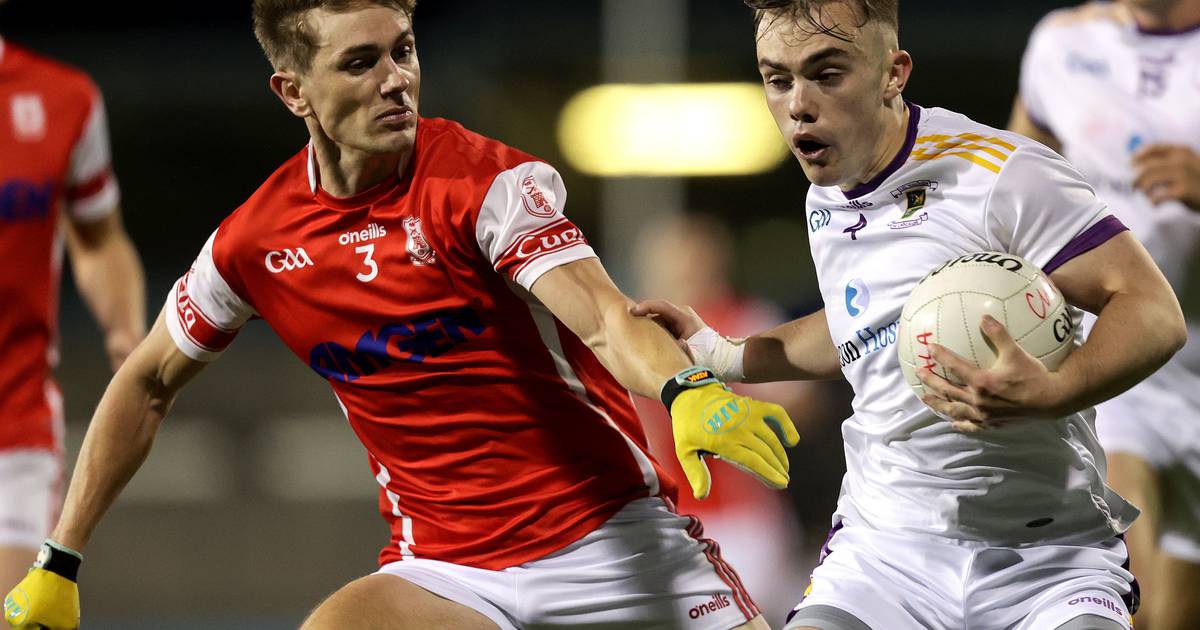 It was the middle of November 2000, and I was a first-year college student, doing some GAA match reports for the Tuam Herald and the Connacht Tribune to earn some money. The assignment on this particular winter weekend was Corofin against Crossmolina Deel Rovers, in Crossmolina, on a Sunday afternoon in the Connacht club final.

This was a plum assignment for me, rather less so for my father, who had to drive me all the way there and back. But after all it was in Mayo, so how far north could Crossmolina actually be? Pretty bloody far, as it turns out.

Crossmolina had a wonderful team, including Ciarán McDonald, the Nallen brothers, Stephen Rochford and a young Peadar Gardiner, and they were on their way to winning the All-Ireland final that year in Croke Park. Mike Finnerty reminisced in the Mayo News during the early days of the Covid lockdown that he saw McDonald walking underneath the Cusack Stand with the All-Ireland trophy in his arm after that final roaring “F*** the hoodoo!”, at him and his fellow scribes assembled outside the dressing room door, before giving them his only ever post-match interview. They certainly weren’t going to be stopped that day.

But the day has stuck in my mind for one reason – the performance in defeat of Ray Silke. Silke was Galway’s All-Ireland winning captain in 1998, having captained Corofin to their first All-Ireland club title four months before that. He might have been called a lucky general, but while he would be the first to admit that he was not the most gifted footballer on that Galway team, he played a rich part in both of those wins.

It was a rather different experience for him in 2000. He had been moved back into the Galway full-back line, and before the drawn All-Ireland final against Kerry that year, he spoke with refreshing openness to this paper about life in the full-back line – “You feel you’re just one step away from the hangman’s noose, going back to the corner, that the next step is the line,” only half-jokingly, before adding “if Michael Frank Russell gets quality ball, then I’m under pressure.”

That’s exactly what happened the first day, and he was dropped for the replay. Captain in 1998, to sub two years later. If ever anyone had a reason to cash in your chips, having won a county title with your club, having seen most of the rest of your team-mates unable to raise a gallop on a freezing day in the middle of November, in the wilds of north Mayo, then it was Ray Silke that day in Crossmolina. But there was a defiance in it, an utter refusal to let his own standards drop, that I strangely just haven’t ever forgotten.

It came to mind again watching Mick Fitzsimons for Cuala on Saturday evening in their defeat to Kilmacud Crokes in the Dublin senior football championship. This year had its challenges for Fitzsimons, too, particularly in the league, but given at least a fig-leaf of protection in the championship, his form improved.

On Saturday he was immense, a snarling, aggressive presence, getting into it with Shane Walsh in the first half, and then so utterly absorbed in the battle after the final whistle that he had to remind himself to shake Craig Dias’ hand as they walked, deep in animated discussion, to the dressing room.

Intercounty players are a diverse bunch, obviously. Club championships can mean different things to different players, a chance to throw down a marker for the following county season, an opportunity to regain pride in oneself, as it was maybe for Ray Silke that day in Crossmolina, or – and we shouldn’t sugar-coat it – sometimes a complete pain in the arse that they can’t wait to see the back of. That last cohort might be in the minority, but there’s no point in saying they don’t exist.

Different players are driven by different things, but Fitzsimons was close to tears talking to RTÉ afterwards, paying tribute to the amount of work that’s gone into the football side of a predominantly hurling club, before he revealed he’d been best man for his friend’s wedding in Bristol the night before, on the dry and then on a plane early that morning to be back in time for the game.

We take the motivation of these intercounty players, All-Ireland winners and victorious captains, for granted sometimes. But sometimes it’s worth reminding ourselves that it’s not a given. On a week when Dublin were welcoming back some familiar names who have rediscovered their motivation for the Big Show, Fitzsimons showed there was plenty of life left in at least one old dog too.