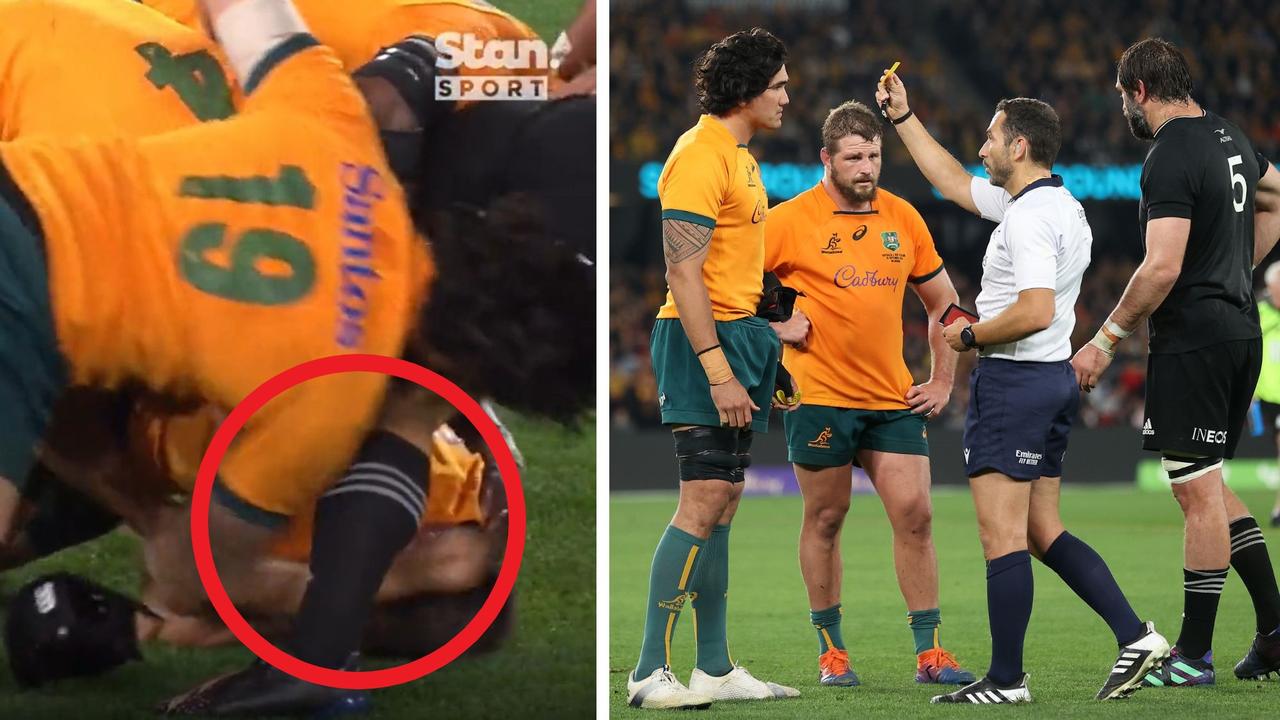 Swain received a yellow card for the incident in which he dived with force into Tupaea’s knee during the first half of the All Blacks’ 39-37 win in Melbourne on Thursday.

However, a citing official subsequently deemed the act warranted a red card and the judicial committee agreed, issuing lock Swain with a suspension that ends on November 6.

Judicial Chair Andre Oosthuizen said the 25-year-old had contravened law 9.11 which states “players must not do anything that is reckless or dangerous to others”.

Oosthuizen said the incident, which has resulted in a serious knee injury to midfield back Tupaea, merited a “mid-range” sanction of six weeks.

“Through the actions by the player such as position, control, and player movements they found the incident was not intentional, however, it was highly reckless,” Oosthuizen said of the committee findings.

New Zealand coach Ian Foster said on Friday that Tupaea will be sidelined for at least three months due to a ruptured medial cruciate ligament in his left knee.

In July, Swain was shown a red card and suspended for two weeks following a headbutt on England lock Jonny Hill during the first match of their series in Perth.

His latest ban means he will be unavailable for Australia’s first two Tests of their season-ending tour of Europe, against Scotland and France.

He would be eligible for the remaining Tests against Italy, Ireland and Wales.

It comes after the tackle was labelled a “dog act” and “thuggery”.

“There is no excuse for the thuggery, and what I saw last night was top of the list of thugs,” Dagg told SENZ Breakfast.

“I hope he gets punished.”

Dagg himself retired at the age of 30 following a long-term knee injury.

Dagg said he was “disgusted” by the way Tupaea was targeted.

“Did you see the way his leg went in? Honestly, it’s horrible. I can’t stand that … horrific,” Dagg continued.

“I’m disgusted because you’re vulnerable anyway; you’re over the ball and he’s seen the knee.

“Your knee only has to go five per cent in or out and it’s gone. MCL, ACL pinged, full knee reconstruction … it’s horrible.

“Once you do a knee, it is a long journey back; 6 months minimum and he (Swain) has targeted that.

“It’s not the first time Darcy Swain’s been doing it, (he’s) an absolute thug.”