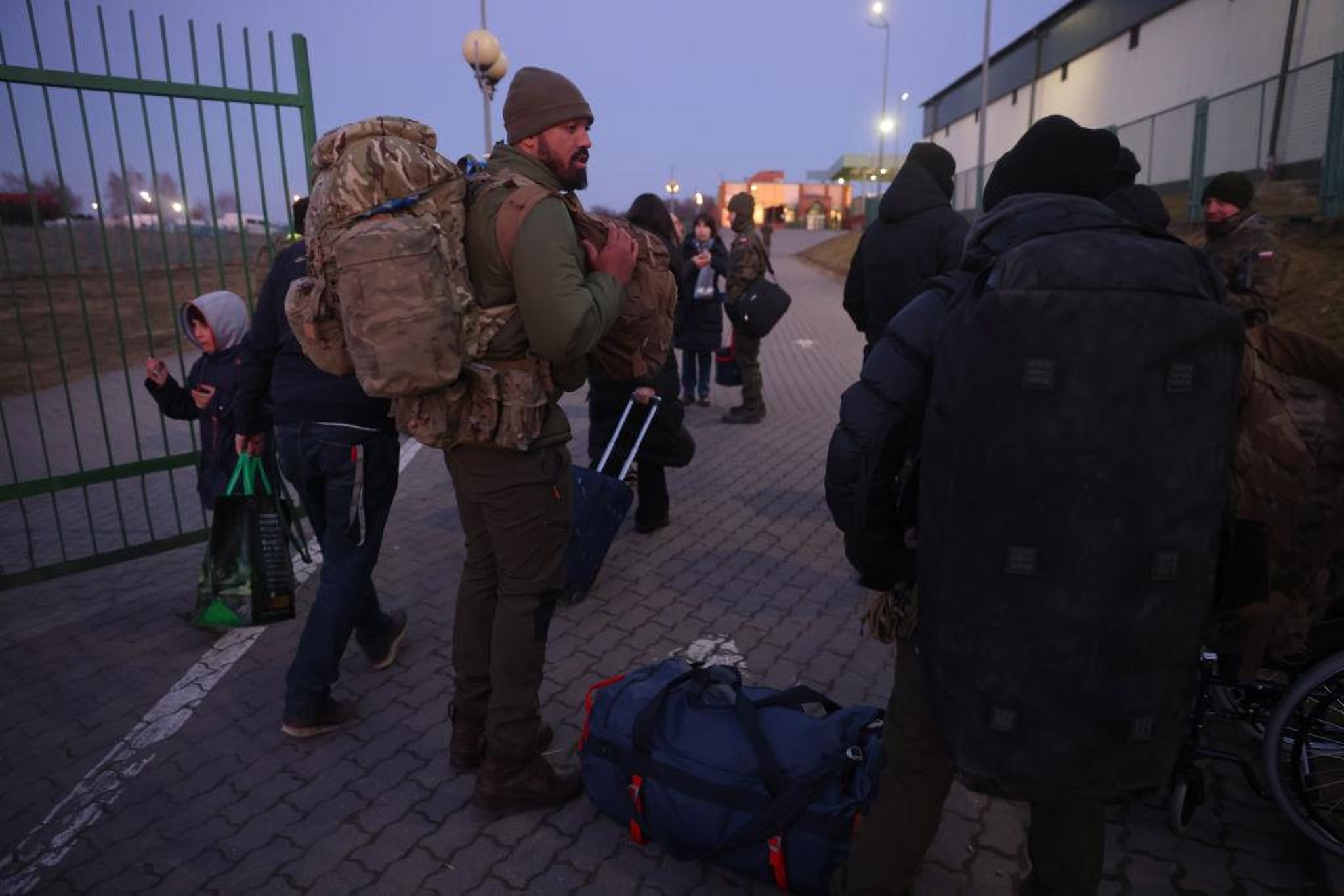 Ben Spann, 36 from Warwickshire in England, told Sky News he had been “prepared to die” with his group of other volunteer soldiers. But after being unable to obtain weapons, he decided to turn around and cross the border back into Poland.

He said he had initially been housed in a small property in the west of Ukraine with other foreign volunteers, which had no beds or running water.

Two men from London prepare to cross into Ukraine at the Medyka border crossing in Poland. In a report issued by the Ukrainian army stating the creation of a foreign legion unit for international volunteers, Ukraine’s President Zelensky appealed to foreign nationals to join his army in the fight against Russia.

In a report issued by the Ukrainian army stating the creation of a foreign legion unit for international volunteers, Ukrainian president Volodymyr Zelensky appealed to foreign nationals to join his army in the fight against Russia. However, the UK authorities have urged people not to do so. It is believed around 100 Scots have travelled to Ukraine to fight.

Mr Spann said: “It was like walking into a crack den in England, to be honest with you. That was a bit of a shock thinking: ‘f****** hell, this is the reality’.”

He said the prospect of travelling to a more dangerous part of Ukraine without weapons “was a bit of a suicide mission”.

However, the border crossing was also difficult as thousands of Ukrainian refugees queued to flee the country.

“People were pushing and shoving,” he said. “Kids were screaming and crying. It was snowing, it was cold. My feet were like ice. I dread to think what some of these kids and babies were feeling. They must have been freezing.

“People had been there for hours and just wanted to get across.”

Mr Spann, who founded the charity Change Your Life Put Down Your Knife and has no previous military experience, said he now “regrets” leaving Ukraine. He said he had not told his wife and teenage son that he was going to fight.

“I have no regrets at all for going, but I have regrets for leaving,” he said. “I regret leaving those lads. I don’t know how much use I would have been for them, but I feel like I let them down a little bit.

“I do wish I was still there, to be honest. I know they’re safe and they got to their destination safely, so it does make me think I would have been safe, and maybe I shouldn’t have left.”