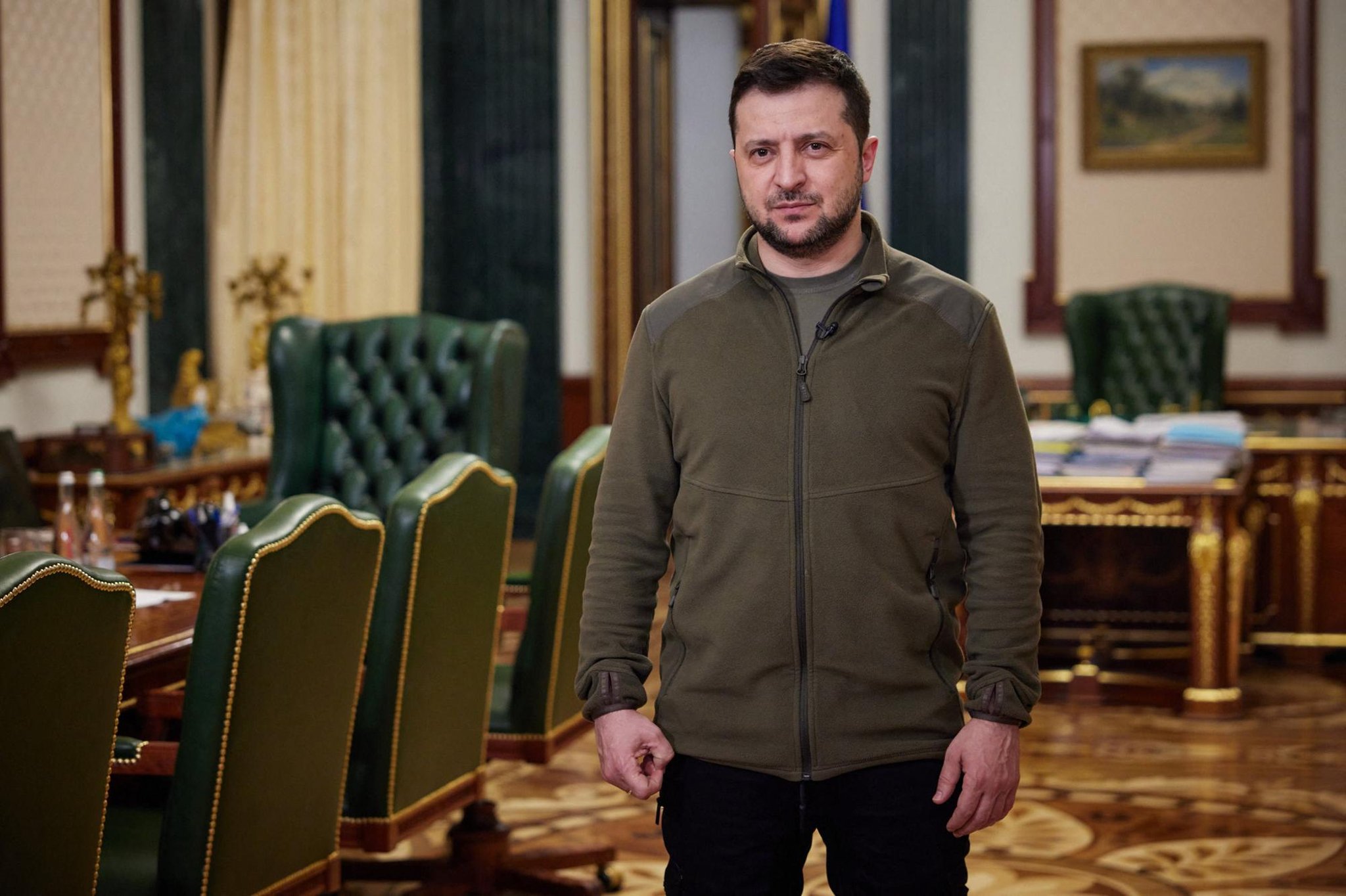 He said progress at the talks would pave the way for the leaders to meet adding a “fair peace” will not have a loser.

He added: “At such a critical time we are pleased to welcome you and to contribute to your efforts to establish peace.

“I wish that our meetings and discussions will prove to be auspicious for your countries, our region and all humankind.”

The discussions between Ukrainian and Russian delegations come as the fighting appeared to be at a stalemate, with the two sides trading control of a town in the east and a suburb of the capital.

In a night time address to the nation, President Zelensky said: “We still have to fight, we have to endure.

“We can’t express our emotions now. We can’t raise expectations, simply so that we don’t burn out.”

Ahead of the talks in Istanbul, the Ukrainian president said his country is prepared to declare its neutrality, as Moscow has demanded.

Mr Zelensky said over the weekend that compromise might be possible over “the complex issue of Donbas”, the hotly contested region in the country’s east with the nation insisting its top priority from the talks is to negotiate a ceasefire

It is unclear how that might be reconciled with his stance that “Ukraine’s sovereignty and territorial integrity are beyond doubt”.

Russia has long demanded that Ukraine drop any hope of joining Nato, which Moscow sees as a threat.

Mr Zelensky has stressed that Ukraine needs security guarantees of its own as part of any deal.

A senior US defence official said the US believes the Ukrainians have also retaken the town of Trostyanets, south of Sumy, in the east.

The official said Russian forces largely remained in defensive positions near the capital, Kyiv, and were making little forward progress elsewhere in the country adding Russia appeared to be de-emphasising ground operations near Kyiv and concentrating more on the Donbas, the predominantly Russian-speaking region where Moscow-backed rebels have been waging a separatist war for eight years.

The possible face-saving exit strategy for Russian President Vladimir Putin has raised Ukrainian fears the Kremlin aims to split the country, forcing it to surrender a swathe of its territory.

In recent days, Ukrainian troops have pushed the Russians back in other sectors.

The chief of Ukraine’s state service for special communication, Yurii Shchyhol, blamed “the enemy” without specifically naming Russia and said most customers were cut off from telephone, internet and mobile service to ensure coverage for Ukraine’s military.

Also on Monday, an oil depot in western Ukraine’s Rivne region was hit by a missile, the governor said, in the second attack on oil facilities in the region near the Polish border.