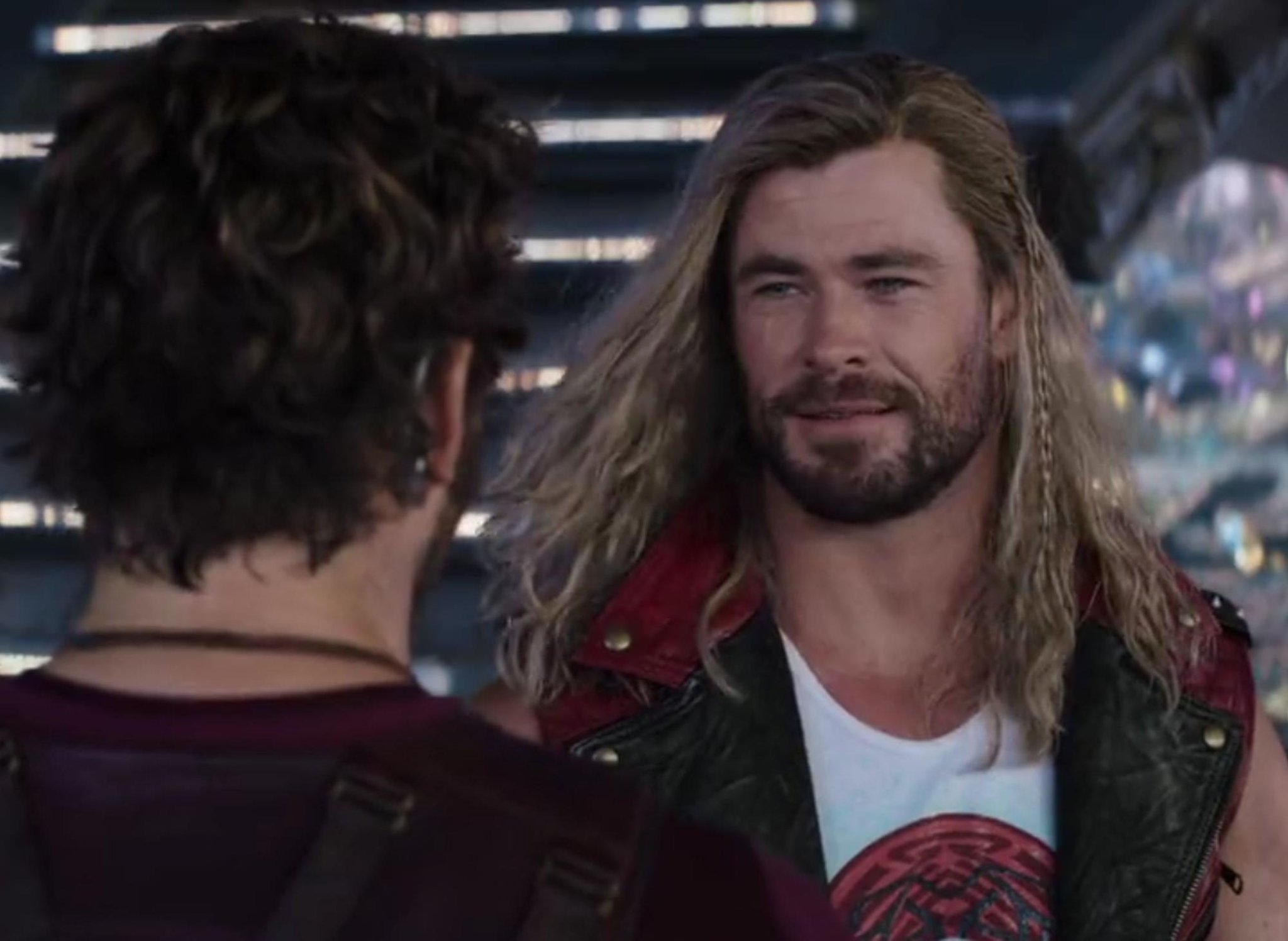 Thor is back – and he’s gone full rocker chic with his new outfit. Photo: Disney / Marvel.

With Moon Knight back on our screens, the MCU is back from the few months of quiet we’ve had recently – and they’re keeping up the momentum. The first trailer for Thor: Love and Thunder has just dropped.

With Thor giving up his crown and skipping off into the sky with the Guardians, what will the Norse god get up to next? Here’s everything we know about the upcoming film so far.

Marvel fans have been clamouring for a trailer for Thor: Love and Thunder for months, but production delays have made it a slow process. Nonetheless, Marvel Studios has now released it, giving us our first look at what is suspected to be Chris Hemsworth’s last title appearance as Thor.

It seems to be a coming-of-age style movie, with Thor journeying around the galaxy with the Guardians in an attempt to find his place in the world now that “my superhero days are over”, as he says. We also saw Valkyrie adjusting to her new role as Queen of Asgard – and our first look at Jane Foster as Thor.

Delayed from February 2022 because of the pandemic, Thor: Love and Thunder is set for release on July 8th, 2022. This has so far been confirmed as the US release date and is believed to

Who does Natalie Portman play in Thor: Love and Thunder?

Natalie Portman is returning to the Marvel universe after a hiatus since Thor: The Dark World, reprising her role as Doctor Jane Foster. However, she won’t just be battling with her brain, as she has done in past films.

This time, she is wielding Thor’s old hammer as a female version of Thor, as previously seen in the comics. Thor the original seems shocked at her appearance at the end of the trailer, clad in his traditional helmet, red cape, and wielding Mjolnir, a similar look to Chris Hemsworth’s first appearance in his first Thor movie.

Jane Foster as Thor in the Marvel comics

In the original comics, Jane Foster became Thor while the original Thor was away fighting Gorr the God Butcher. Christian Bale has already been cast as Gorr for Thor: Love and Thunder, so many fans had expected to see this plot line occur.

Despite being diagnosed with breast cancer, Jane accepted Thor’s invitation to represent Earth in the Congress of Worlds held on Asgard while she underwent therapy, but refused any magical treatments that could save her.

During a battle against Nick Fury, Thor lost the ability to wield Mjolnir and it ended up being abandoned on the Moon. Eventually, it found Jane telepathically on its own.

Jane eventually gave in to the hammer’s call, and asked Heimdall to take her to the hammer’s location. Once she arrived, Jane picked up Mjolnir and gained Thor’s powers as she did so. She became as strong and hard to kill as him and quickly learned how to wield Mjolnir, having watched Thor fight in the past.

With Asgard destroyed and Heimdall dead, it seems that Jane’s path to her powers will be slightly different, but from the first look we got in the trailer, she will certainly be stepping into the role.