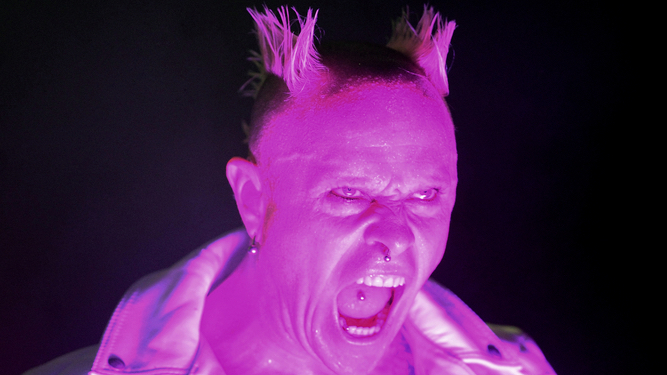 REMEMBER when ‘controversial’ songs caused a tabloid storm and important people like Radio 1 DJ Mike Read had an aneurysm? Here are some that seem distinctly tame now.

God Save the Queen – The Sex Pistols

Predictably the BBC banned it, possibly due to it equating the Queen with ‘the fascist regime’. However 25 years later the lyric ‘They made you a moron’ really can’t be faulted. They were leaving marmalade sandwiches outside Buckingham Palace for a fictional bear, for f**k’s sake.

The controversy was of course down to 17-year-old Britney’s schoolgirl outfit. Now it’s just regarded as a pop classic, so you don’t have to hand yourself over to the police if you accidentally hear it in Asda.

Caused a brief controversy due to the line ‘I’m keeping my baby’. The British press was obsessed with teen pregnancy, and Madonna was clearly promoting feckless breeding as surely as if it was called You Can’t Get Pregnant If You Suck On A Refresher.

Strangely devoid of sexual references apart from the phrase ‘when you want to come’. The BBC banned it and Mike Read called it ‘obscene’, but he is a massive twat, as his song Ukip Calypso (sample lyric: ‘illegal immigrants in every town’) later conclusively proved.

It’s quaint that people puzzled over whether the lyrics were about drugs. Of course they were about f**king drugs. There’s pills, mushrooms and a hookah and it’s unlikely Grace Slick et al picked this children’s book at random. You’d be hard-pressed to find drug references in A Bear Called Paddington, unless ‘marmalade sandwiches’ is confusing slang for microdots.

Smack My Bitch Up – The Prodigy

An undeniably problematic track – on the one hand the title is extremely misogynistic, on the other it’s not like anyone regarded it as good relationship advice. The total shitstorm surrounding its release died away, and now you probably cheerfully listen to it on the school run.

Of all the bands likely to spark a bomb threat to a radio station, you don’t think of XTC. But when American Christians heard the politely atheist lyrics they went absolutely nuts. Funny to think believers in a ruthless omnipotent deity were so rattled by an art-rock band from Swindon whose only hit anyone remembers now is Senses Working Overtime.

The gangsta rap scare has long passed, and it looks like America’s police still have the upper hand. Now you’re most like to hear F**k Tha Police on a cosy BBC4 documentary with Jo Whiley describing it as a classic.

Give Ireland Back to the Irish – Paul McCartney

Macca doesn’t address what to do with all those loyalists who don’t want to be given back to the Irish. Still, it’s a bit much to expect a solution to centuries of political and sectarian strife from the creator of the Frog Chorus, sample lyric: ‘La la la/ La la la la la’

Slightly obscure, but definitely controversial and somehow you’ve got to respect Serge for doing a song about incest with his own daughter. Although he probably does owe his countrymen an apology for perpetuating the stereotype of the horribly oversexed Frenchman.