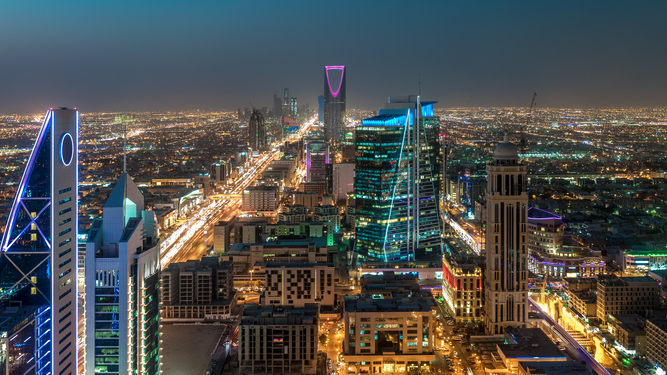 WITH our modern seaside resorts, glittering shopping malls and firm stance on law and order, a trip to Saudi Arabia will be the holiday of a lifetime. Here’s what to look forward to.

Everyone wants to feel safe on holiday, and our mass executions mean you won’t be menaced by dangerous criminals like political dissidents and members of the wrong Islamic sect. The London Dungeon just can’t compete with our gruesome public beheadings – and they’re free!

Saudi is retail therapy heaven. Pick up designer labels, a couple of Ferraris or a million barrels of oil. That’s what your own loveable PM Boris is here for, so expect an announcement soon saying amputating people’s hands is a jolly good idea, and the Yemenis are bloody well asking for it.

Chill out on the beach

Saudi has some beautiful beaches, with white sand and the chance to paddle in the Persian Gulf. However women should not wear anything remotely revealing because it arouses sinful urges in Saudi men they can’t control, the poor little lambkins. Of course if you forget on your first trip, don’t worry. A sound beating with a cable by the religious police will act as an excellent aide memoire.

Explore your spiritual side

Saudi Arabia is a great place to take a spiritual journey, but only into Sunni Islam. If that’s your thing, there’s a wonderfully strict schedule of prayers five times a day. However Christianity, Catholicism, Hinduism, Buddhism and in fact everything else is best avoided. Judaism is a definite no-no.

Nervously relax with a drink in a Western workers’ compound where they brew their own hooch. Just be careful not to get caught or you’re looking at 300 lashes. And hope your host knows what they’re doing and the 98 per cent proof homemade gin doesn’t cause instant cirrhosis and blindness.

Pretend you’re not in a fascist religious dictatorship

Try to ignore the fact that you’re holidaying in a hideous despotic regime. Buy a load more ethnic rugs to blot out your feelings of self-disgust. You’ll soon forget your moral qualms, and you’ll never want to leave. In fact, you may not be allowed to leave when you’re arrested on bogus charges and have to pay a massive bribe.

Sponsored by The Saudi Department of Tourism, Moral Re-education and Killing Apostates.