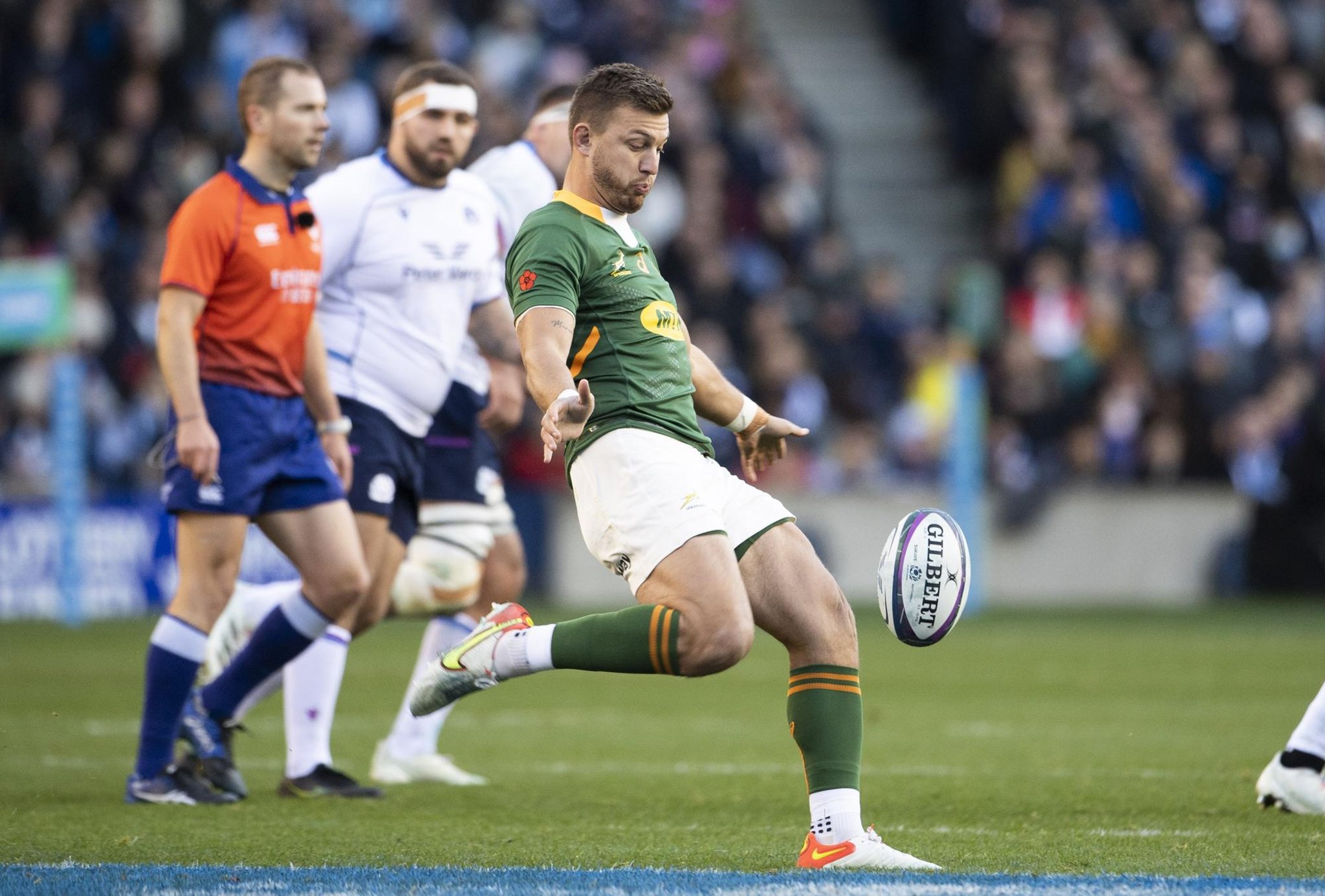 South Africa’s Super Rugby franchises already play alongside clubs from Scotland, Ireland, Wales and Italy in the United Rugby Championship and, from next season, they will also take part in the European club competitions.

Hamilton thinks the next logical step will be for their national side to join the Six Nations, even though he is opposed to the idea.

Former Scotland lock Jim Hamilton, who now works for Premier Sports, says he is “a romantic” when it comes to the Six Nations. (Photo by Paul Devlin / SNS Group)

“I’m a complete traditionalist, a romantic around the Six Nations,” said the former Edinburgh lock who was capped 63 times by Scotland. “And as much as I love South Africa, I don’t want to see them in the Six Nations, but I think it’ll happen. I think there’s an inevitability about it happening.”

Whether that would be in place of Italy or as part of an expanded ‘Seven Nations’ remains to be seen. Italy went into the 2022 Six Nations without a win in the tournament since 2015 but produced one of the biggest upsets in the competition’s history when they defeated Wales in Cardiff in March. The performances of their team in the Under-20 Six Nations also suggested a brighter future as they beat England, Scotland and Wales.

“That game against Wales has done them absolute wonders,” Hamilton said, “and the fact that their under-20s are performing so well.

“But I genuinely think there is an inevitability to this [South Africa joining the Six Nations] and in the next couple of years the momentum will start gathering.”

Hamilton, who is part of the Premier Sports team covering the URC, fears having the Springboks in the Six Nations would remove some of the lustre from a British & Irish Lions tour to South Africa which happens only once every 12 years.

“You completely take the romance out of the British & Irish Lions tour if you’re playing South Africa every season,” he said.

Get a year of unlimited access to all of The Scotsman’s sport coverage without the need for a full subscription. Expert analysis of the biggest games, exclusive interviews, live blogs, transfer news and 70 per cent fewer ads on Scotsman.com – all for less than £1 a week. Subscribe to us today