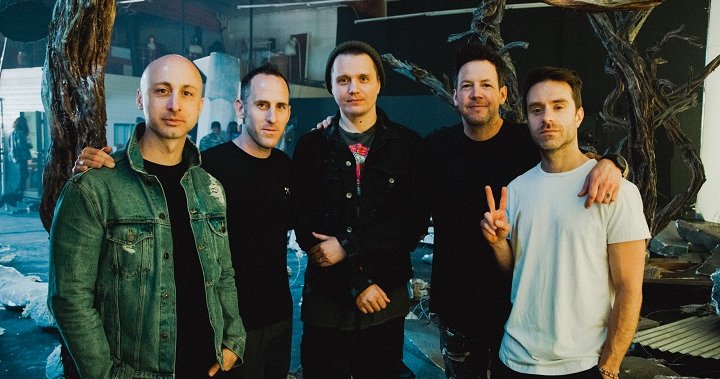 When members of Simple Plan sat down to brainstorm concepts for a music video earlier this year, it was hard to ignore one idea that was staring right back at them in Ukrainian filmmaker Jensen Noen.

Several months earlier, the Montreal pop-punk band had formed a friendship with the L.A.-based director who shot their videos for The Antidote and Ruin My Life. As they planned a third for the single Wake Me Up (When This Nightmare’s Over), Ukraine was slipping into a humanitarian crisis as Russia invaded the country.

Drummer Chuck Comeau said the band ended up in conversations with Noen about the troubling circumstances in his homeland and ways they could draw something hopeful from the war.

“This could be a really powerful music video,” Comeau said they considered of the project, which premiered online Tuesday.

Noen agreed. And not long after, the director was pouring through his Ukrainian cast and crew contacts in the Los Angeles area, seeking people who might be interested in donating their time to create a music video that would double as a UNICEF fundraiser to help those at home.

By late March, a cast of Ukrainian actors had joined a small crew to tell the story of a Ukrainian family — a father on the battleground, a mother helping the wounded and exercising free speech and children caught in the crossfire.

Simple Plan appears in scenes intercut with the storyline, performing their song amid the ruins of a devastated region.

“The whole idea for us was really trying to have an antiwar message,” Comeau said.

“We wanted to be very mindful of not telling a story that is not ours and not doing it in a way that could feel clumsy. But I think having Jensen on board, and with him having that personal connection, it felt like this was the right thing to do right now.”

Although the shoot took place in Los Angeles, post-production and visual effects were completed by a team of Ukraine-based artists, which presented its own logistical challenges during the war. For a short time, they lost internet and were unable to send the finished footage back, which delayed the video’s release by a few days, Comeau said.

Now that Wake Me Up is online, the band is encouraging their fans to share it far and wide.

They say all money generated by YouTube views will be donated to the UN Children’s Fund, which is appealing for nearly US$949 million to support Ukrainian children and their families.

Simple Plan say they intend to continue supporting Ukraine in the coming months. Fifty cents from every ticket sold on the upcoming Blame Canada Tour with Sum 41 will donated to UNICEF through its Simple Plan Foundation, which is focused on causes supporting young people.