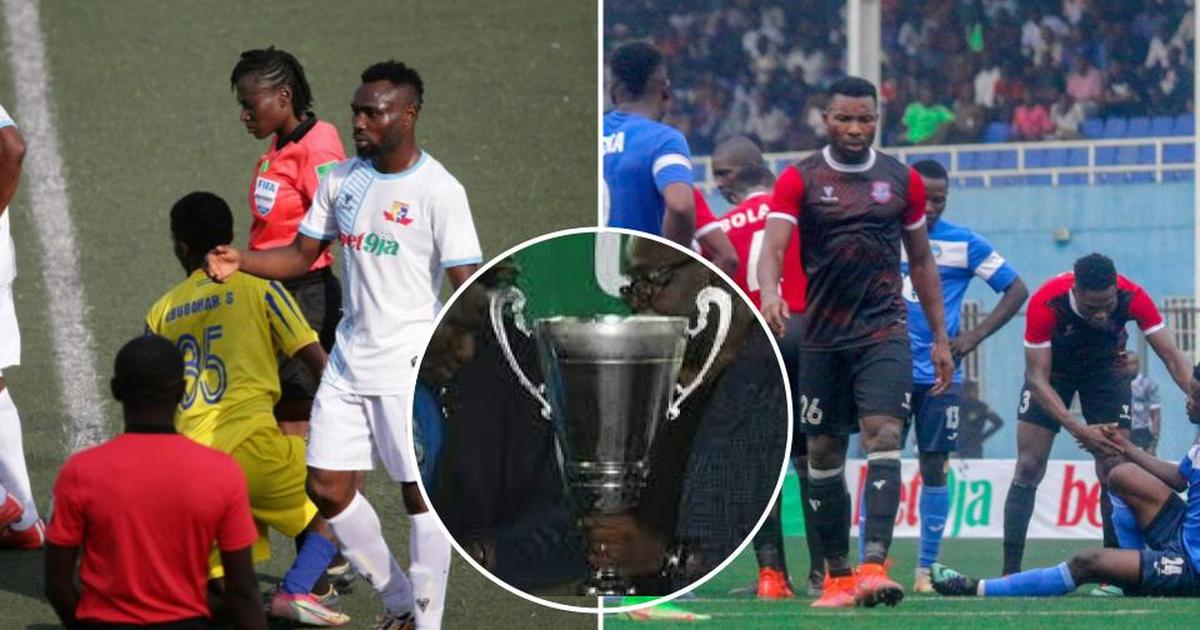 So, here’s our NPFL team of the week for the match day.

The goalie did enough to prevent his side from losing in Awka. His brilliant stops in the game were crucial in the point gained on the road at Rangers.

It will probably be his biggest game in an Akwa United shirt. He was solid at the back and did the right things adequately. Unlucky to have seen his side concede a harsh penalty, however it was still a decent outing from the former Kwara United defender.

Another scoring match day for the centre back. He’s been consistent all season and his goal threat going forward is a rarity in the league.

Excellent effort from Anthony against one of the top scoring sides in the league. He was good in his defensive duties and that ended with his side keeping a clean sheet away from home.

A rare start for him but he made the most of it. The central midfielder scored a well taken goal and was quite decisive in possession against a strong Gombe United side in Gombe.

A goal for the former Rangers man as well. In a match against his side’s rivals, Madu put up a good showing to help them restore their lead at the top.

Katoh was handful for the MFM defenders and his directness led to his goal in the final embers of the first half.

The teenager continues to steal the headlines for Dakkada. He created the first goal and had a fine outing as usual.

The left-footed CF took both of his goals brilliantly. His reaction for the first was top notch, while his flick beyond the reach of the Lobi Stars goalkeeper for the second was magnificent. Great performance.

The lanky forward continues to come good for the Sky Blue Stars. He poked home his ninth goal of the season early in the second half and fought like a warrior throughout the game.

The winger scored a late equalizer in the game to help his side avoid defeat. He could have won it late on but missed the chance. Generally, it was a decent performance from the lad.

COACH OF THE WEEK

In just his second away game, he’s managed to lead his side to picking a point in Awka. A good result in their push for top-flight safety.