Marcus Harris has been dismissed for 27 just before lunch, wasting a golden opportunity to lock down his position in Australia’s XI.

It’s feasible to think Usman Khawaja’s first-innings century had piled even more pressure on Harris at the top of the order, adding to the significance of his second dig.

But the Victorian has failed again, edging a Jack Leach ball through to substitute wicketkeeper Ollie Pope.

“I think he wants to feel the ball on the bat too much,” said former Test leg-spinner Kerry O’Keeffe on Fox Cricket.

“The best left-handed openers let a lot go. He’s not a dashing stroke-maker; he has to wait for them to come to him.” 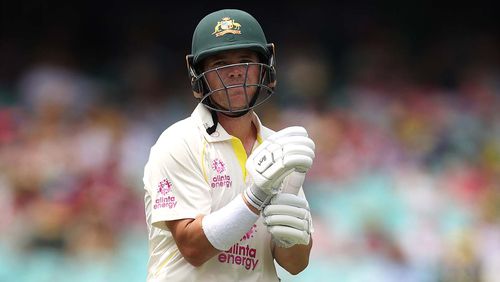