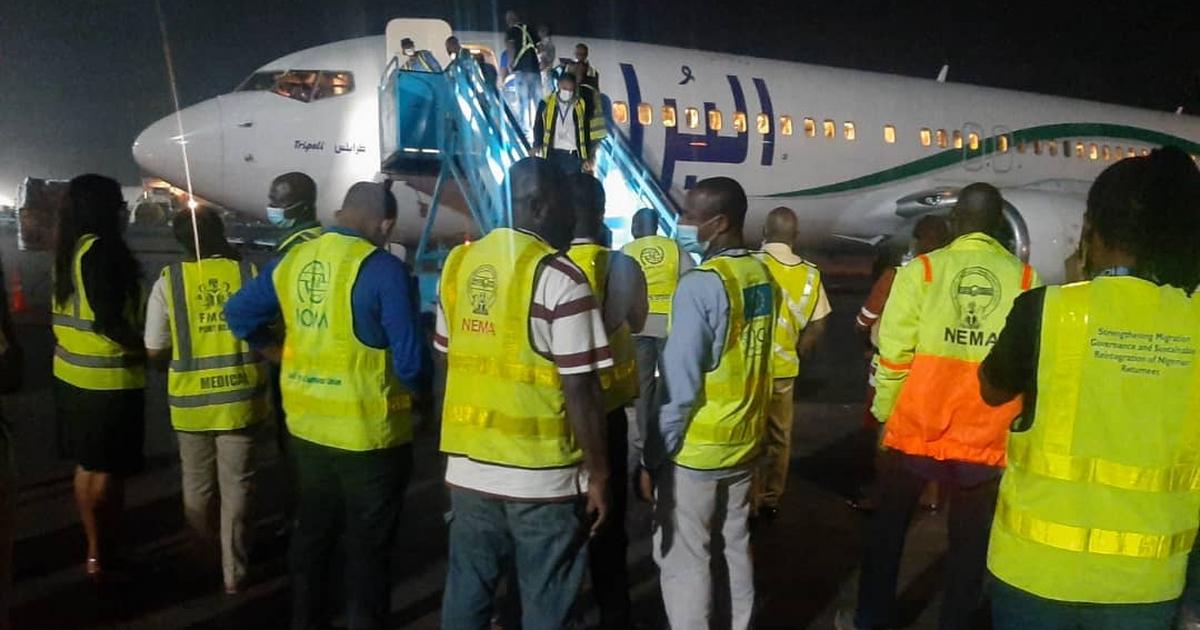 Habib said the returnees who were stranded in Libya, departed on Tuesday night from Mitiga International Airport, Tripoli, aboard a chartered Buraq Aircraft Boeing 737-800 with registration 5A-DMG.


He said 167 stranded Nigerians landed at the Murtala Muhammed International Airport (MIMIA) in the early hours of Wednesday,


The director-general said that the returnees are made up of 65 female adults, female children, five female infants, 76 male adults, 11 male children and seven infant males.


“The returnees were brought back to the country by the International Organisation for Migration (IOM) through voluntary repatriation programme for the distressed persons.


“They left the country to seek for greener pastures in various European countries but could not afford to return when their journey became frustrated,” he said.


Habib admonished the returnees to look beyond seeking greener pastures in foreign lands, saying that no longer exist there.


He assured the returnees that the Federal Government is conscious of the aspirations of the youths and it is providing enabling environment where everyone will achieve his/her full potentials.


He stated that the exercise was conducted under strict COVID-19 protocols with proper supervision of all government agencies at the airport.


He said that the Port Health Unit of the Federal of Ministry of Health, National Commission for Resilience, Migration and IDPs, NAPTIP and the Nigerian Immigration Service received the returnees at the airport.