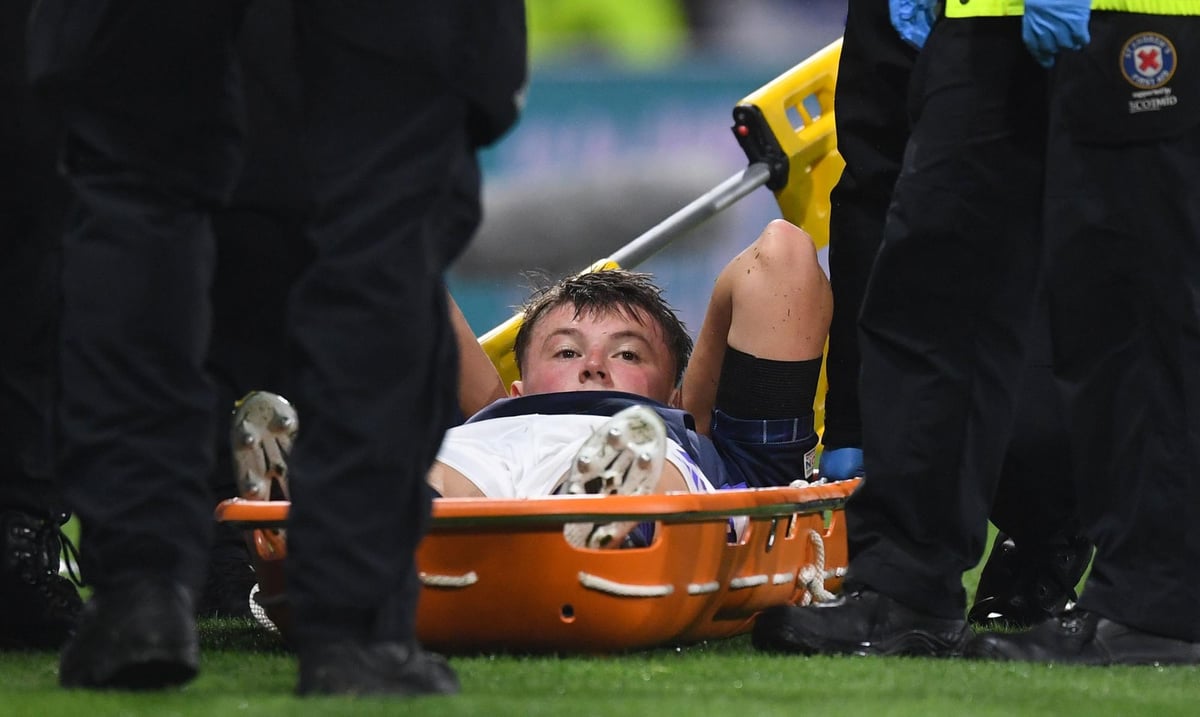 The Everton youngster lasted just 25 minutes of the Nations League fixture after appearing to damage his ankle in a challenge with Ruslan Malinovskyi that left him unable to continue.

The 20-year-old left the pitch on a stretcher, and received warm applause from the home fans as he made his way around the track and down the tunnel before being replaced by Brentford right-back Aaron Hickey.

Patterson has made a flying start to the season, starting and impressing in all of Everton’s seven Premier League matches so far, and both club and country will hope that the injury is not as serious as it appears to be.

Scotland’s Nathan Patterson leaves the field on a stretcher during the Nations League match against Ukraine at Hampden Park. (Photo by Craig Foy / SNS Group)