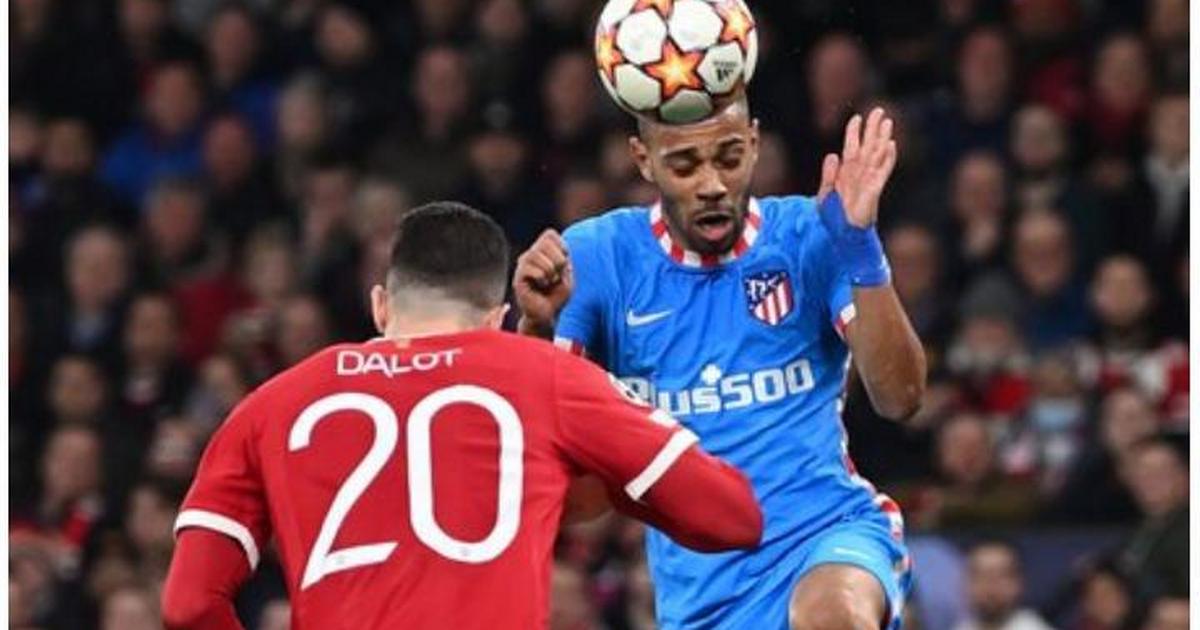 Renan Lodi’s first header proved to be the difference as Diego Simeone’s Atleti went, saw and conquered the Red Devils 2-1 on aggregate to book their spot in the quarterfinal.

After the first leg ended 1-1 in Madrid two weeks ago, both sides arrived at Old Trafford for the second leg with all to play for.

Manchester United dominated the encounter from start to finish but only couldn’t turn their dominance into goals as Atletico sat back and defended deep in their half.

United did come close to a goal in the opening quarter, Anthony Elanga saw his point-blank effort superbly kept out by Jan Oblak in the 13th.

Bruno Fernandes had a penalty appeal waved aside by the referee before Joao Felix put the ball in the net for Atletico but it was ruled out for offside.

A moment later, Lodi headed in an Antoine Griezmann cross to put Atletico ahead at the break.

In the second half, it was all Manchester United with Atletico defending all through.

However, despite their best efforts, which included bringing on Paul Pogba, Edison Cavani, Marcus Rashford and Juan Mata, United couldn’t find a way past the brilliant Oblak, who remained solid in between the sticks for Atletico after he once again pulled off an excellent save to deny a Raphael Varane goal-bound header.

That was the closest United came to an equaliser as the Spaniards held on for the win that sees them through to the last eight.