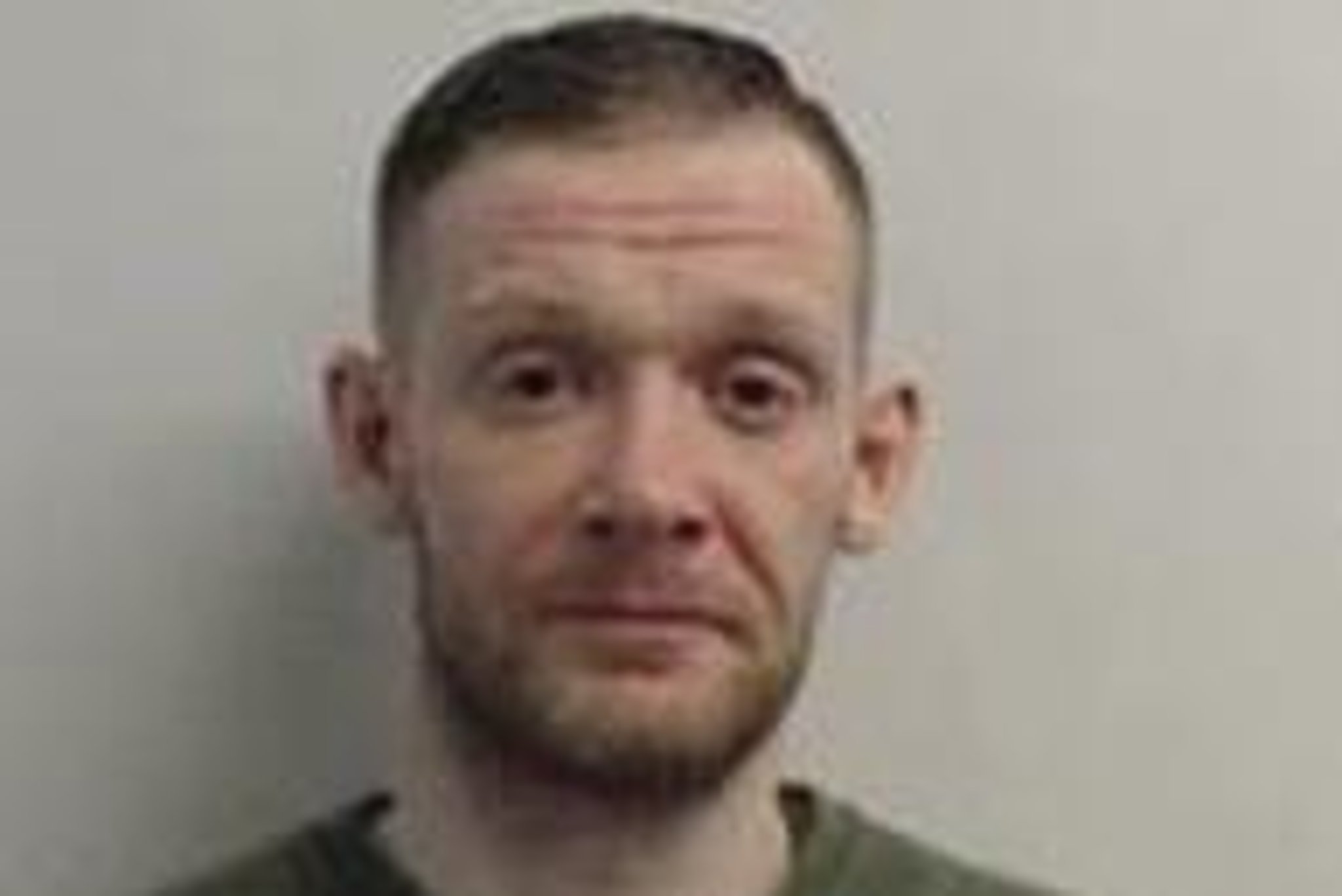 Raymond Bell, 36, has been convicted of murder following the death of 40-year-old David Black from Rutherglen.

Raymond Bell appeared at the High Court in Glasgow today, Wednesday, 26 January, where he was convicted of the murder of David Black.

He was also sentenced to life in prison, with a minimum sentence of 18 years.

Mr Bell had previously been charged and convicted with the attempted murder of David Black in 2015, and had served nine years for this offence.

His attack on Mr Black, which occurred on November 2, 2014, followed a “trivial” row which resulted as Mr Bell and another man appeared to like the same woman.

The court heard that Mr Bell repeatedly smacked Mr Black with a table leg and stamped on him before fleeing, leaving the 35-year-old lying in his flat for days.

Bell then fled to Blackpool, before eventually being captured by police a fortnight later.

On November 5, 2014 – three days after the attack – Mr Black was found seriously injured by council officers at a property on Lochaber Drive, in the Springhall area of Rutherglen. He was taken to Glasgow Royal Infirmary with critical injuries. He had sustained brain injuries, and also had a pressure sore, after being unable to move for a long period of time.

Mr Black lived with his injuries for five years, requiring round-the-clock care, before passing away at a hospice in East Kilbride, South Lanarkshire on October 27 2019.

He had suffered a form of pneumonia following a traumatic brain injury.

In a rare move, Bell was hauled back into the dock on a murder charge more than seven years after the attack.

He again denied the accusation, but was convicted following a trial at the High Court in Glasgow.

Lord Arthurson handed him a life sentence and ordered him to serve a minimum 18 years backdated to November 2014 when Bell was first remanded.

The judge said: “You abandoned David Black until he was found on the kitchen floor by council officers.

“You fled to Blackpool on November 6 2014 where in due course you were arrested.”

He added: “Your actions were not only misguided and self-serving, but callous and cowardly.”

Following the guilty verdict, Lord Arthurson agreed to quash Bell’s original conviction for attempted murder since both stemmed from the same incident.

The judge also paid tribute to Mr Black’s family for their “enormous ” efforts in caring for him after he was released from hospital in 2015.

Detective Inspector Alan McAlpine commented on the conviction, and said: “We welcome this conviction today. It is very unusual for someone to be convicted in these circumstances and therefore this has been a complex investigation.

“David Black endured a brutal and violent attack, which lead to him requiring around the clock care, and in the end resulted in his death.

“We hope that this result will be of some comfort to David’s family and friends, who have also suffered at the hands of Bell’s actions.”