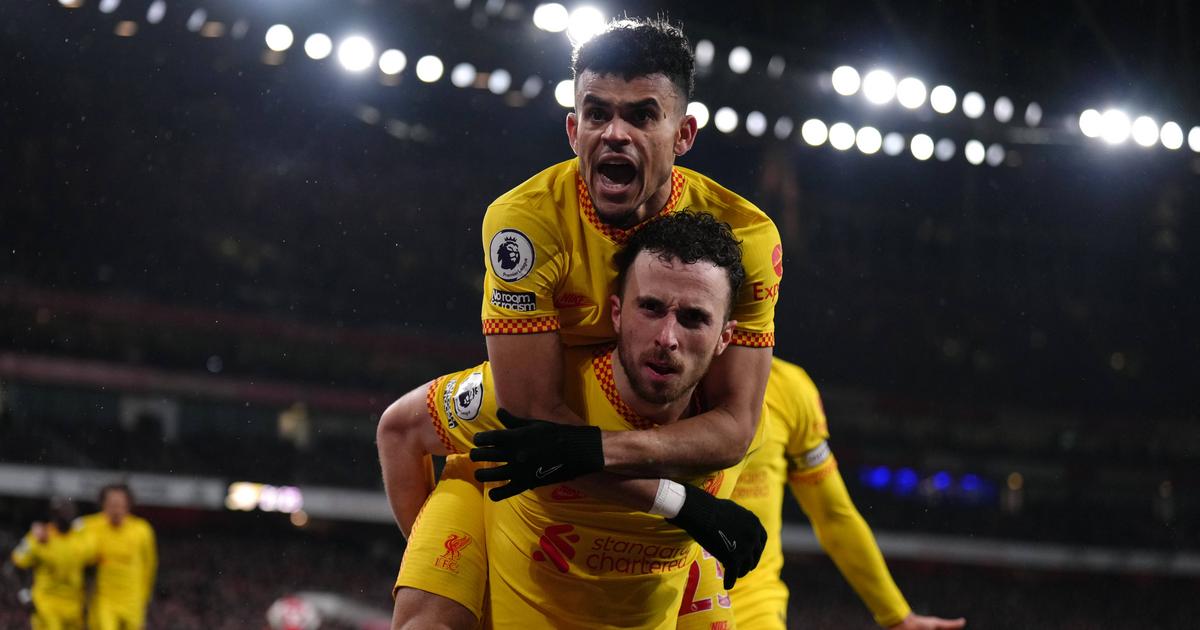 Liverpool blew right out of the dressing room in the first half and had several close chances to take the lead. They almost took the lead in the second minute. However, Aaron Ramsdale dealt with Virgil Van Dijk’s header from a corner.

As the game progressed, the Gunners were arguably the better side in the first half, with Gabriel Martinelli standing out as a thorn in the side of Liverpool’s defence.

In the 31st minute, the Brazilian youngster escaped from Joel Matip and played a good ball across the face of the goal, but Andy Robertson cleared it before the onrushing Bukayo Saka could put Arsenal in the lead.

Both teams went into the break level despite all their close chances.

Early in the second half, Alexandre Lacazette intercepted a weak back pass by Thiago before laying it up for Martin Odegaard, who saw his point-blank range effort denied beautifully by Alisson.

Arsenal soon paid for their poor finishing when a familiar face got the opening goal. In the 52nd minute, Diogo Jota broke through the middle before smashing the ball past Ramsdale to hand Liverpool the lead.

Arsenal was beginning to look flustered, and they were hit with a sucker punch barely eight minutes later.

Andy Robertson won the ball back before driving in a low pass to Roberto Firmino, who gave the Reds a two-goal lead.

As had been the case throughout the match, Arsenal continued to threaten without any end product, and the score remained 2-0.

With that win, Liverpool has reduced the lead at the top of the Premier League table to just one point, but Arsenal sees their five-match winning streak abruptly halted.

Klopp and his players will travel to Nottingham Forest in the FA Cup on Sunday night, while Arsenal will play Aston Villa in the Premier League.