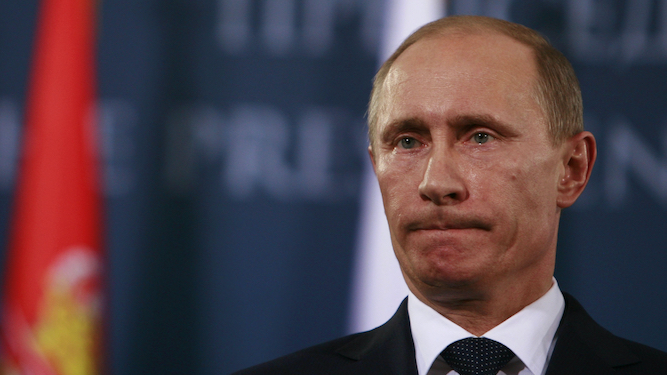 PRESIDENT Putin has asserted that he, and his poor beleaguered invading army, remain very much the victims in Ukraine.

In a self-pitying speech to Russia this morning, Putin explained that he and his troops were peaceably occupying Ukrainian territory when the West started picking on them like a bunch of bullies.

He continued: “Why? What have we done to you?

“My fellow Russians, I know you don’t want to believe this, but when our soldiers rolled into Ukraine expecting to be welcomed with open arms, you know what they did? Shot at us.

“I know! And it’s only got worse because the West keeps supplying them with weapons so of course they’re going to use them because they’re spoilt.

“They’re even trying to stop our referendums now, if you entertained a moment’s doubt about who the bad guys are here. Opposing democracy. It doesn’t get much worse than that.

“So, purely as an anti-bullying initiative, I’m mobilising 300,000 reservists and we’ve got nukes. Who mentioned nukes? I didn’t mention nukes. They said it first.”