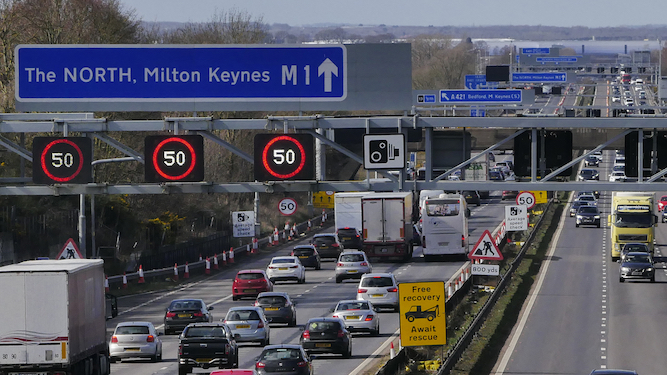 FIND yourself struggling to articulate where you hail from because it’s outside the M25? If you’re one of the dozens of people not from London, follow this guide:

Immediately write it off

Save yourself some time and effort by leaping to condemn your hometown as a provincial shithole that pales in comparison to one of the world’s most vibrantly not-wanky cities. They’ll be desperate to agree and talk about new Indonesian street food pop-ups in Shoreditch.

Normal London-dwelling people will never have heard of Droitwich or Kettering – it would physically hurt them – but they may deign to know of Birmingham and Liverpool. Say you’re from just outside one of six major cities, even if you’re 100 miles away.

Mention something bad that happened there

Almost all great things and people are from the capital, but there are glancing points of interest outside it. Maybe you grew up down the road from Dr Shipman, maybe Eric Clapton was born there before moving to London obviously, or maybe Enoch Powell was your Gran’s MP.

Refer to the nearest football team

While most provincial towns have nothing, a few have football teams. Wolverhampton’s existence may have passed them by completely, but ‘the place Wolves are from’ might get cylinders firing as they remember them drawing against Chelsea last month.

Londoners have heard of a single non-London location, that being the countryside. They visit it sometimes on weekends, not bothering to distinguish between the Cotswolds, mid-Powys or Northumberland. They’ll tell you how they don’t know how people survive there and you’ll nod gratefully.

Admit how far it is from London

Realistically, the only thing people want to know about your hometown is how far away from actual civilisation it is. If it’s a 90-minute train journey, you might be able to keep up with big city talk. But if it’s a five-hour drive they’ll network with someone who counts.