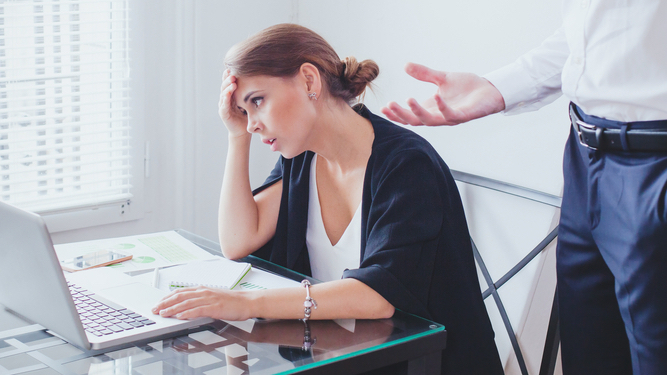 DO you spend your working day wishing you could speak your mind? Here are five things you dream of saying, loud and proud, in the interests of truth.

‘Piss off, you can’t have a fiver’

For Linda’s birthday gift, for Simon’s leaving do, for Hugh’s daughter’s sponsored readathon… not to mention all the marathons, bike rides and Ironmans. It’s bad enough being trapped in an office with these twats, let alone having to fund their stilted office gatherings and midlife crises.

‘I’m just going to half-ass this one’

You can’t be expected to perform at 100 per cent capacity all the time – 63 per cent is beyond the call of duty. Just once you’d like to tell your boss you can’t be arsed to make an effort with some trivial task. Your idiot colleagues and clients certainly won’t notice. However, this would shatter his self-important little world and you’d feel guilty about him having a nervous breakdown.

You naively thought that by the time you were an adult with a proper job you’d have at least some idea how to do that job. And yet here you are winging it, day in, day out. You can’t even ask for help because everyone else is making it up as they go along too, the f**king frauds.

No one else wants to be friends with Gary, your involuntary workplace pal. He’s decided you’re his friend and homes in on you in the canteen to have boring conversations about work or women in the office he doesn’t stand a chance with. You want to tell him to go away but what if he topped himself, leaving a note saying his only friend had abandoned him? You’re being paranoid now and he’d just latch onto someone else, but it’s not worth the risk.

‘There is no point to our existence’

There’s nothing like an average day at work to really drive home the futility of existence. You’d like to share this revelation with everyone and give them a chance of finding freedom. But they’d just look at you blankly and go back to bitching inanely about how Clare’s taken too many days off with a slipped disc, which is probably made up anyway.