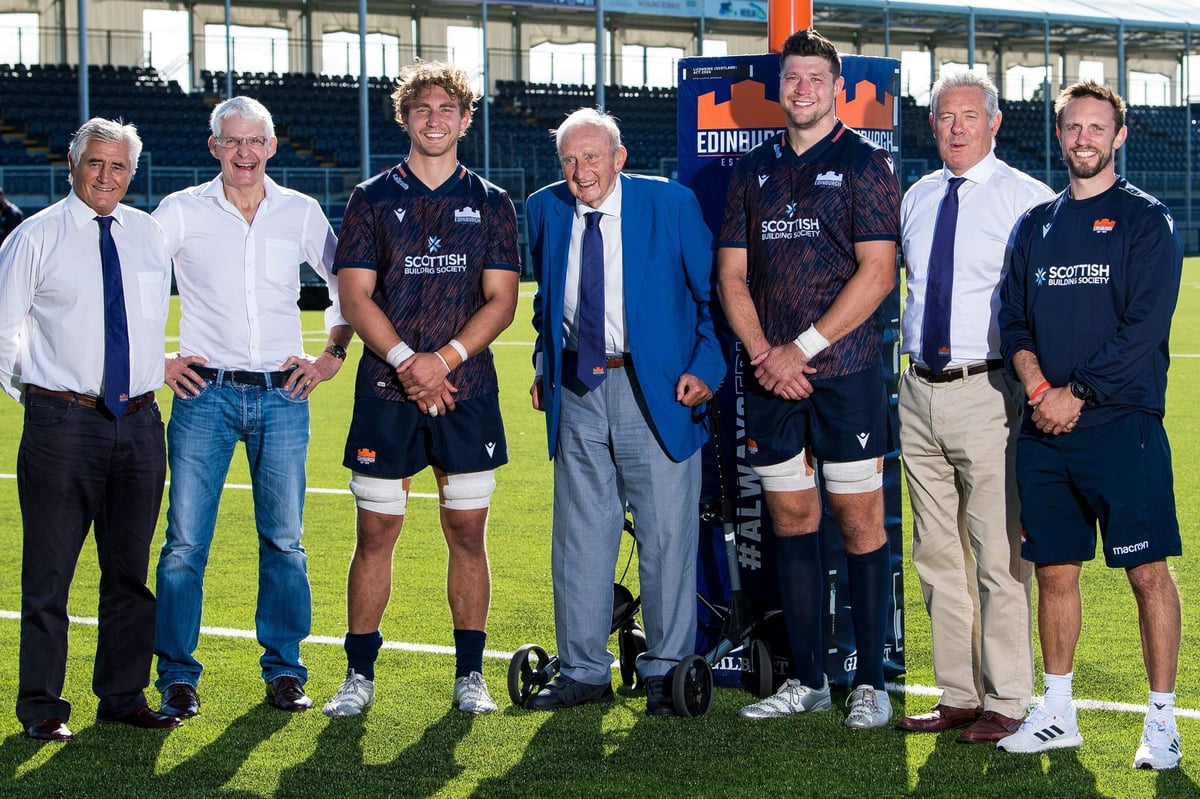 It was rugby’s infancy. The match was 20-a-side and, according to a contemporary report, “was played out in a truly splendid manner”.

Edinburgh were the winners at Burnbank Park in Glasgow’s west end and victorious captain Francis Moncrieff wasn’t to know that 150 years later the inter-city match would still be a fixture on the Scottish rugby calendar.

No trace of the sports ground at Burnbank remains but happily both clubs continue to thrive, now as fully professional outfits.

To commemorate the club’s 150th anniversary, Edinburgh have embarked on a comprehensive history project, detailing the full list of captains alongside every player to have worn the badge.

The project chronicles over 1300 players, from the very first side right through to Sam Skinner, who made his debut in the win over Dragons on Saturday, with details housed on the club’s website.

Douglas, 88, is 17 years older than Irvine but their careers overlapped in memorable fashion while playing for the district side in the days when wingers threw in at lineouts.

“In John’s first match as captain I was selected on the wing but I had never played on the wing and had to throw the ball in and I was useless at it, so I didn’t get too many bonus points from John,” recalled Irvine. “But then the full-back got injured and I was moved there and that was my first game at full-back.”

The rest, of course, is history. Irvine sprinkled stardust on Scottish rugby during the 1970s as a dashing full-back. He won 51 caps for Scotland, played on three Lions tours and helped Heriot’s clinch the Scottish championship. He represented Edinburgh 40 times, including against the touring All Blacks, and remembers the jousts with Glasgow as being particularly feisty.

Gavin Hastings took up the Edinburgh full-back mantle in the 1980s, playing alongside his brother Scott, the centre, in what was one of many fraternal combinations.

“You had the Calders, the Milnes, the Johnstons, the Hastings, the Scotts, the Brewsters, the Kennedys. We once played a brothers XV match,” said the 1990 Grand Slam winner.

Finlay Calder was a team-mate of the full-back’s and recalls jousts with the South as Edinburgh’s toughest games.

“Andy Irvine’s big match was Glasgow in the Seventies, but for us in the Eighties it was the South,” said Calder. “They were fantastic games to play in.”

Irvine would be keen to see the Borders district side revived. “Personally, I’d love to see the inter-district championship brought back because it was a tremendous rivalry and great fun,” he said. “It’s a great shame we don’t have a South of Scotland, it really is. Or a North and Midlands.”