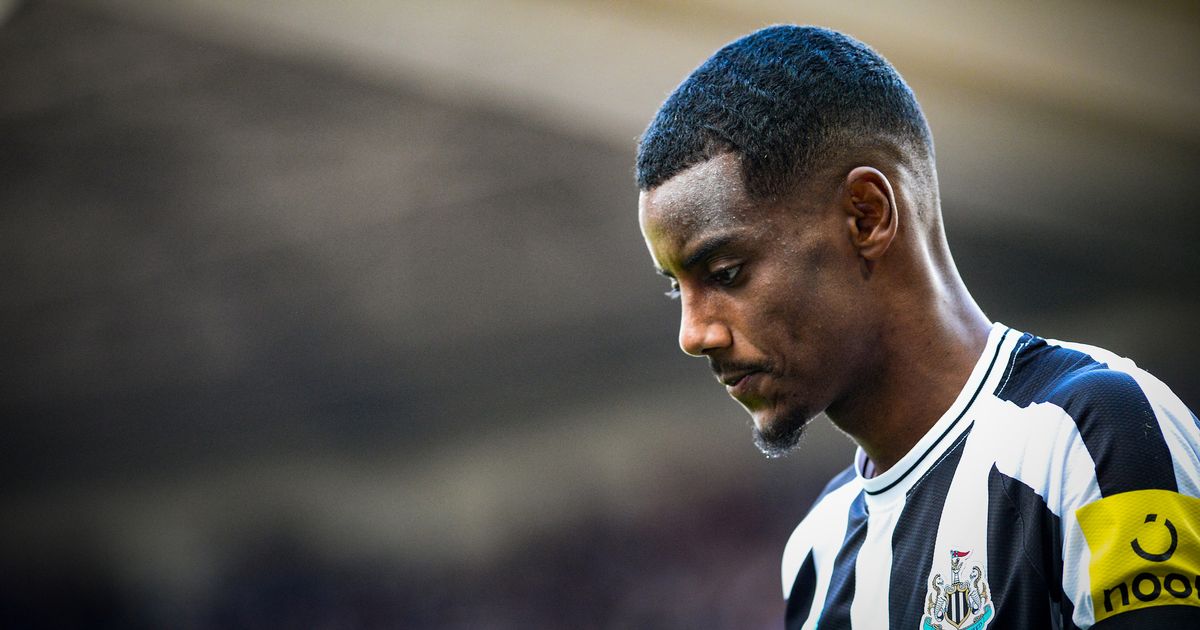 It’s all speculation until you find out how serious the injury to Alexander Isak is. Maybe it’s not so serious but he might not play in either game for Sweden, but could still be fit for Newcastle in just over a week’s time.

I would imagine Eddie Howe was hoping that after the international break, there was a chance of Callum Wilson being fit and to have them both available at the same time would have been great news. He will hopefully be thinking if Alexander is missing for the game coming back that Callum will have a good chance of being fit.

Let’s not dismiss Chris Wood either, he’s an experienced Premier League footballer and international. That’s the strength we’ve got to have, there’s three senior strikers in there and other players who at a push could play the number nine role.

You get selfish as a manager, you want every single player to be fit and raring to go because you want those options. You want to have those possibilities to change the team, especially coming off the back of what happened against Bournemouth.

It would be nice if Eddie could have those options of Alexander and Callum to give the opponents other issues. You’ve got to have different kinds of possibilities to break down really organised and low blocks.

If you got Isak and Wilson in your team in whichever way the manager decides to play, either as a front pairing or Isak in a wide area, you’ve got two players there with explosive pace. You have two players who like to score goals and run in behind.

Defenders don’t want to be running back to their own goal, they don’t want attacking players on their shoulder to be a threat from that one good delivery or pass. If they play as a striking partnership, you will have very nervous central defenders.

What happens then is that opponents are facing two quick attackers, they play deeper and your midfield becomes very crucial. They have to penetrate and try to pick those quality passes, the onus is on them to try to deliver those defence-splitting passes in tight areas.

They are capable of it, they have the talent to do those types of passes. That’s where your threat comes from different areas, and you have two strikers who love to score goals and share the mentality of not being afraid when they miss chances.

Eddie will have his fingers crossed to get them all fit. If that doesn’t happen, he does have players with experience who can step in.

You haven’t got that space in behind when you’re playing with a lower block, and they’re trying to stop you playing between the lines. What you’re looking for is lots of combination plays around the penalty area, switches of play and getting two-v-one in the wide areas.

If you have got Isak as your striker, he’s obviously a threat in the air with his height. Callum has got great aerial ability, so you’d have to look to do it like that.

Play little one-twos, wear the opponents down until they switch off for a second. You’re looking for Allan Saint-Maximin type players who can go past three or four players out of nothing, and that’s how they open doors.

When you play against teams who play this way, especially at home, you want to get the first goal early so their tactics have to change. They have to come out, and they probably worked all week on this defensive organisation, so when they have to change that very quickly in the game, it can make things open for you.

You need to have numbers in the box. It’s no good getting the ball out wide and delivering good quality crosses for one striker. You need the opposite wide man and a midfielder coming from deep to create problems that way.

It’s a tough one because it’s basically people giving Newcastle credit on the type of team they are. If you don’t go to St James’ Park with a great defensive organisation, they’ll really hurt you.

It’s a different issue for Eddie to have and it’s a good one. It’s a compliment to his team, and I believe when he’s got everyone fit he has the players who can still open doors when opponents come and play in that way.