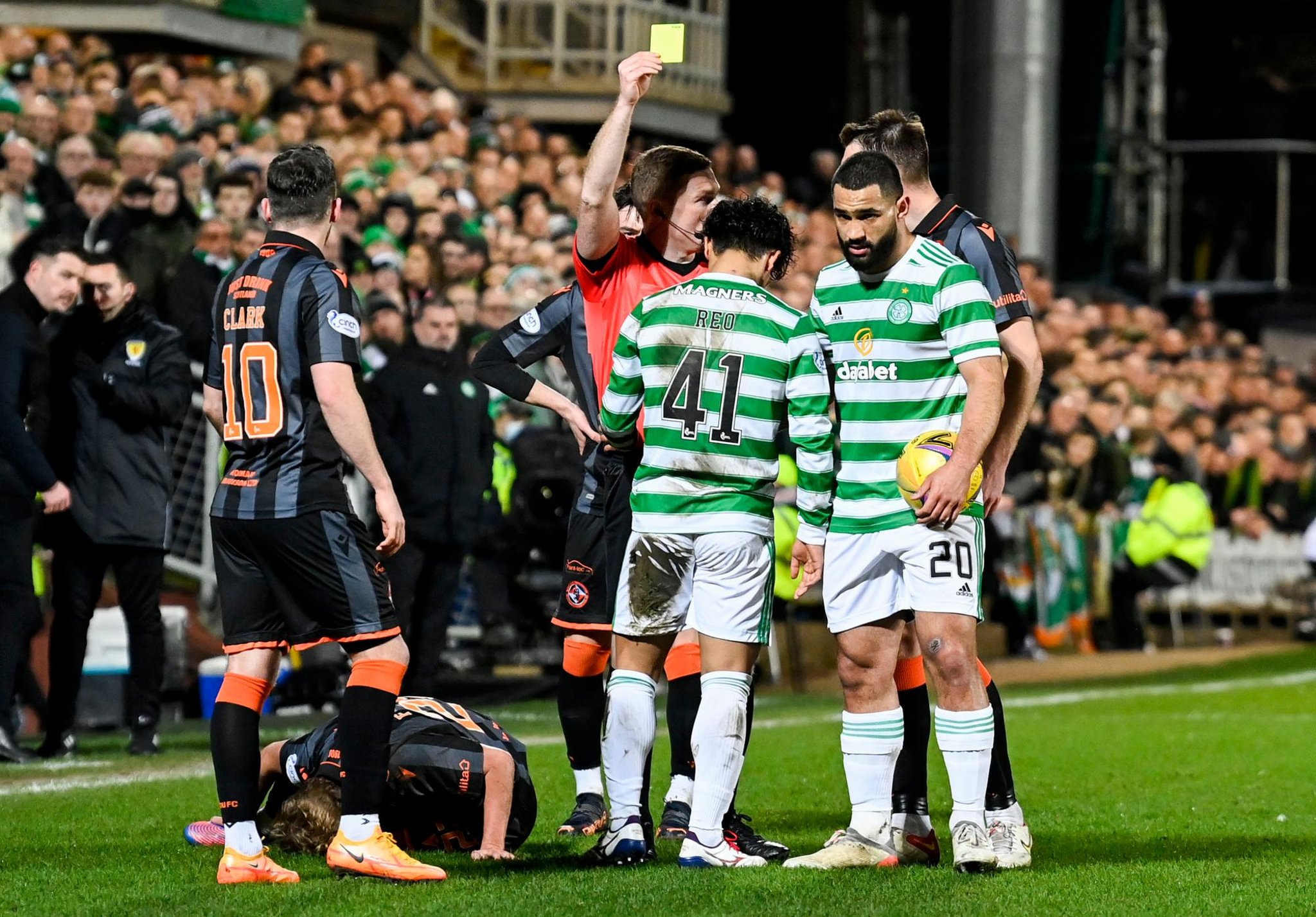 Not involving his keeper Benjamin Siegrist, who dropped the ball at the feet of Giorgos Giakoumakis for the second goal in the 3-0 quarter-final loss. Or when it came to Celtic midfielder Reo Hatate, who slid in with his foot up to catch the 21-year-old in a challenge that could have earned him a red card, rather than the yellow that referee John Beaton elected to show the Japanese player.

Freeman wants to look forward to the three cinch Premiership games pre-split central to the “absolutely achievable” aim of a laudable fourth place finish that would earn European football. The articulate and amiable youngster believes Siegrist has been central to that push, and did not cost his team Scottish Cup progress.

“Benji has done a lot more good than he has done bad,” said Freeman. “He has saved so many points for us. He’s disappointed but there’s no reason for him to be. It’s not his fault at all. It happens to everyone. You see the top goalies and mistakes like that happen to them. You can trace it back a lot further up the pitch [with the run and cross from Daizen Maeda] so it’s not just Benji’s fault for that goal. He’s a very good keeper and has done superbly well for us. I don’t think it’s in question that he has won more points than lost for us. It would be scary to think of how many points he has won for us. There’s no blame on Benji. He’ll already be looking forward to Saturday [and our game against St MIrren in Paisley] and putting it right as we all are.”

Freeman doesn’t feel as if he has to put Beaton right over how he punished Hatate for skiting across the ground with studs showing in a challenge that could have been unpleasant for the Aberdeen-born full-back were he not switched on.

“I knew it was coming,” he said. “I got the ball and tried to play it inside. These things happen. I’ll leave that to others to discuss. I was in the heat of the game and didn’t see too much. [How much did he catch me?] I’m not sure. I felt contact and it’s up to the referee to do whatever he thinks. I was down on the ground. I didn’t know what was happening around me and you can’t change that now. He gave the yellow and I don’t think it impacted on the game too much in the end. I had plenty of time to see that coming and it is what it is.”