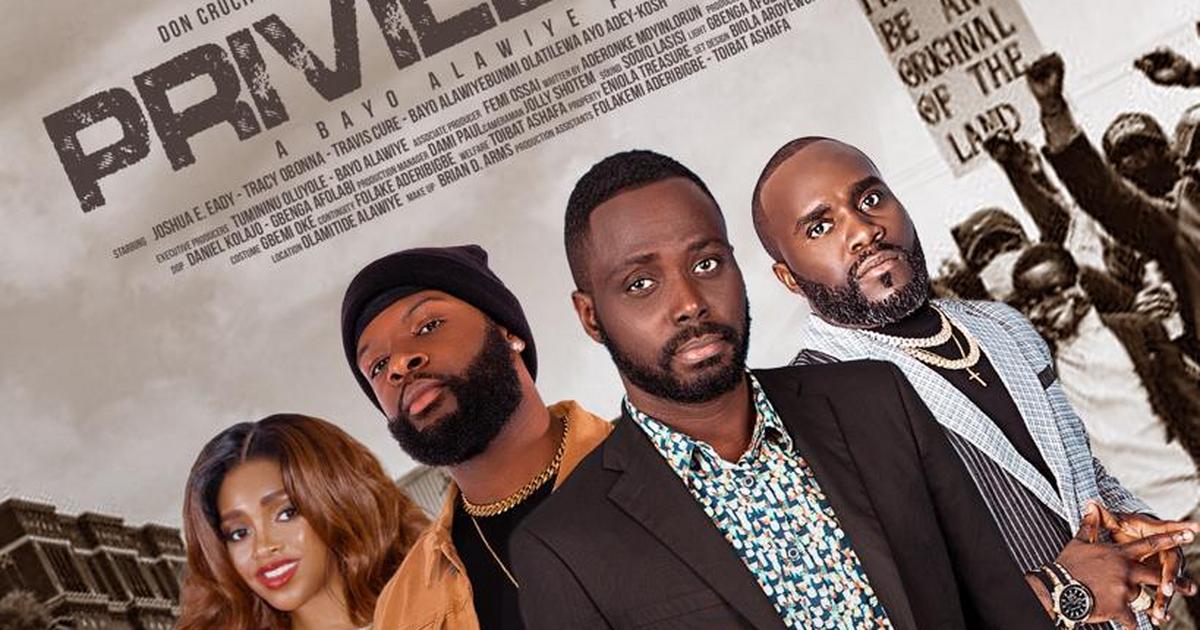 From music production/record label to artiste/talent management, music and movie production, as well as publishing management, the outfit has raised the bar in terms of entertainment content creation, as it is an establishment set up with the consciousness of furnishing the vacuum that exists in the entertainment sphere. This position the company as a universal brand that proffers vital benefits that can be found in the depths of this sector.

It is on this premise that its movie, Privileged was selected as one of the movies to be premiered at this year’s edition of the Art is Alive Film Festival, a forum for filmmakers and fans to meet and merge minds.

Speaking about the movie, the executive producer, who is also the founder of Don Crucifixto Entertainment, Tumininu Oluyole, better known as Don Crucifixto, a Nigerian-American serial entrepreneur based in Omaha, Nebraska, United States of America, said the thriller and action-packed movie showcases the uncomfortable conversation between the African immigrant community and the Black American community. It will be live on screen at the Art is Alive Film Festival on November 19, at 7:45 – 9:45p.m.”

Written by Aderonke Moyinlorun and directed Bayo Alawiye, of Alawiye Films – renowned award winning, Oluyole stated that in the movie, Wale (the main character) had the notion that to have come from Africa, mean you will walk the streets of America free from any form of racism or brutality. “Imagine if this notion were true?” he enthused.

Speaking on his love for art and entertainment, Oluyole said, “I have always loved entertainment and appreciated the arts. While growing up, I used to play drama and was part of drama teams. I feel it is the right time for me to give more into what I believe in and passionate about.”

He stated that the Nigerian entertainment industry is an evolving institution, adding that there are loads of opportunities in the country.

“The entertainment industry is growing, though in every growth there is pain. We need to keep encouraging the process, and I believe in few years from now, we should be able to give better accountability.

“The goal is for the Nigerian entertainment industry to compete head-to-head in all aspects with the United States and the modern world. Don Crucifixto Entertainment as a brand feels lucky and blessed to be tapping into this evolution,” the serial entrepreneur added.

Meanwhile, the entertainment outfit have signed a Memorandum of Understanding (MoU) with Roadshow Equity Partners, a diversified entertainment media fund dedicated to financing Georgia-produced independent film and television to help in the continued growth of its movie and films section.

Speaking on the MoU, Oluyole stated that the partnership, no doubt, will offer the Don Crucifixto Entertainment brand “the platform and tools needed to get our films made via both independent and worldwide buyers, while driving greater ownership in their own projects – both creatively and financially.

“In turn, the Don Crucifixto Entertainment brand will further expand its production, sales and financing slates as a leading independent entertainment company, thus continues to serve as a global destination for the world’s best storytelling.”

He explained that RoadShow Africa, an arm of Roadshow Equity Partners, recognises and supports the growing number of African filmmakers by representing its talents in the American market to ensure they receive equitable compensation for their work and have access to advanced educational programs, distribution, and international collaborations.