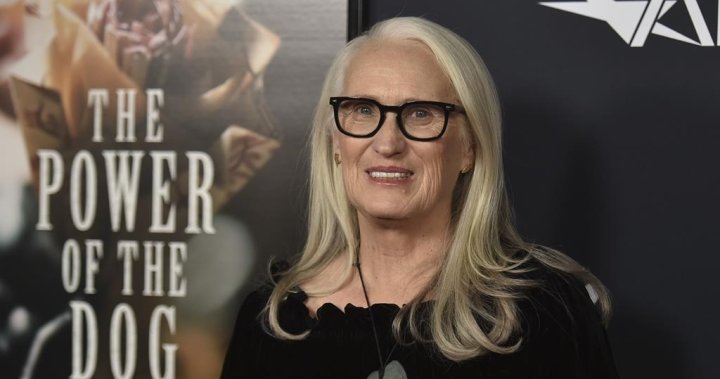 Oscars frontrunner Jane Campion, director of The Power of the Dog, has apologized for a “thoughtless comment” she made about tennis superstars Venus and Serena Williams at the 2022 Critics Choice Awards.

During her acceptance speech for Best Director, Campion said it was “stunning” to be in the room with so many “incredible women,” while holding the first of four awards for Netflix’s The Power of the Dog.

She called attention to the fact she was the only woman nominated in her category, alongside Paul Thomas Anderson (Licorice Pizza), Kenneth Branagh (Belfast), Guillermo del Toro (Nightmare Alley), Steven Spielberg (West Side Story) and Denis Villeneuve (Dune).

“Give my love out to my fellow, fellow… the guys… the nominees,” Campion said before turning her attention to the Williams sisters, who were also in attendance. “What an honour to be in the room with you,” she said of the King Richard movie subjects.

“And Serena and Venus you are such marvels, however, you do not play against the guys… like I have to,” said Campion.

The comment received cheers in the Critics Choice Awards ballroom, but was booed much louder online, with many calling Campion’s comment disrespectful, unnecessary and rude.

The filmmaker has since apologized in a statement, writing “I made a thoughtless comment equating what I do in the film world with all that Serena Williams and Venus Williams have achieved. I did not intend to devalue these two legendary Black women and world-class athletes.”

The statement continued: “The fact is the Williams sisters have, actually, squared off against men on the court (and off), and they have both raised the bar and opened doors for what is possible for women in this world. The last thing I would ever want to do is minimize remarkable women. I love Serena and Venus. Their accomplishments are titanic and inspiring. Serena and Venus, I apologize and completely celebrate you.”

The proper way to pair food and music

That Jane Campion whiplash is a perfect distillation of white feminism.

We’ve all worked with or for a Jane Campion. pic.twitter.com/iCYsaFN5Sy

And yet…there are white women, like Jane Campion, who are unable, in all their world travels and access, to simply allow Black women to receive the accolades we are due, without trying to chip away, with sharpened knives, at our obvious grace, fortitude, & accomplishments.

This online disparagement is a switch for Campion, who had been the subject of praise online following her comment about Sam Elliott’s criticism of The Power of the Dog.

After Elliott called the film a “piece of s–t” and criticized its allusions of homosexuality, Campion told Variety, “I’m sorry, he was being a little bit of a B-I-T-C-H. He’s not a cowboy; he’s an actor.”

Campion is currently a frontrunner for multiple Academy Awards, which will be handed out on March 27.