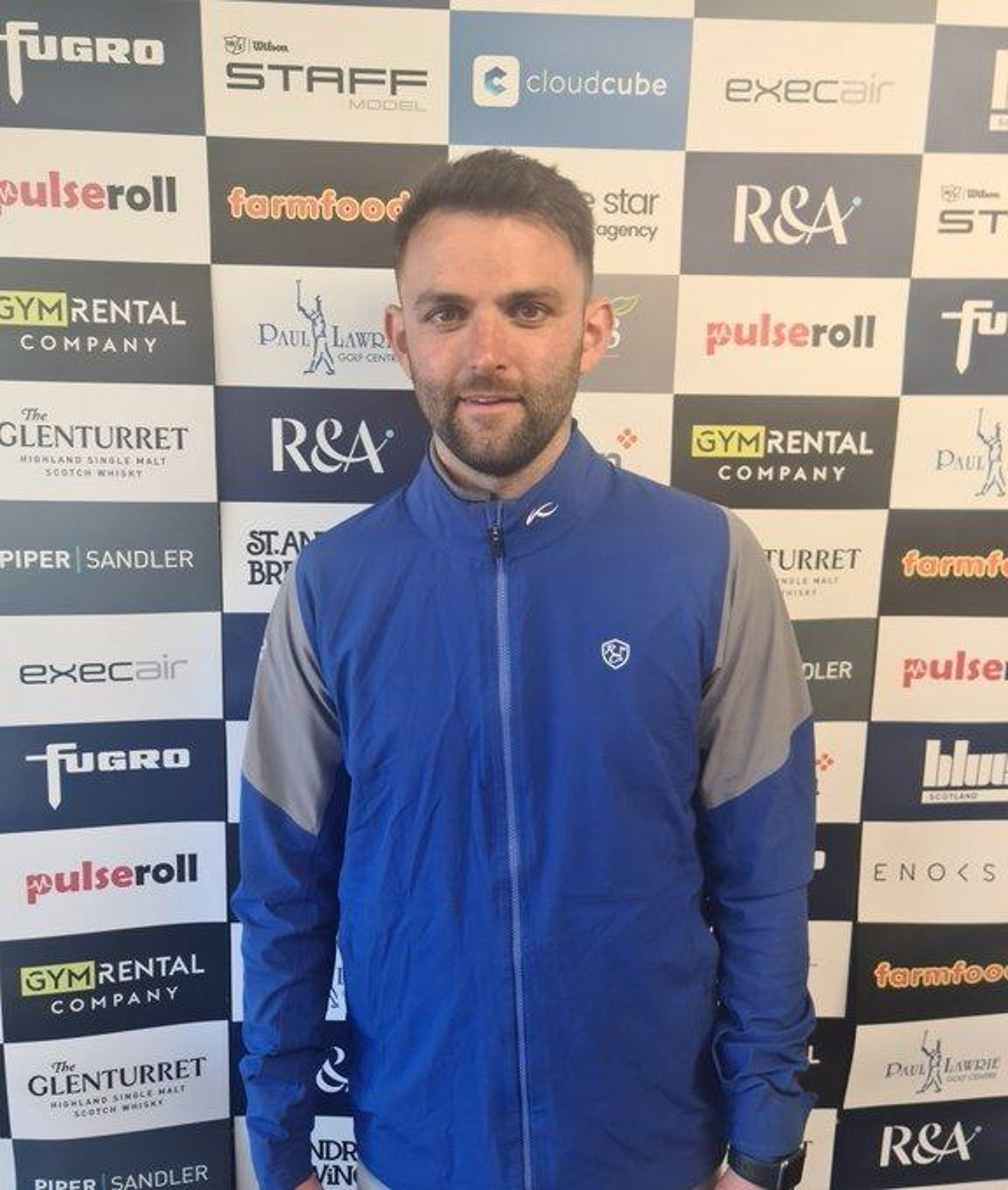 The 31-year-old, who is attached to The Renaissance Club, followed an opening 68 at the Angus venue with a 66 to finish with an eight-under-par total.

Helped by three birdies in four holes on the front nine then three on the trot coming home, Kay comfortably claimed the £4,000 top prize from Sam Locke, Greig Hutcheon and Ben Bailey as they finished in a tie for second place.

“It was pretty solid and I played pretty nice,” said Kay, who lost to David Law in the final of the 2011 Scottish Amateur Championship at Western Gailes, of his performance.

“I got off to a good start then through the middle of the round I found myself being tested, but I managed to get through it and that gave me the kick up the backside I needed probably. I’ve been working really hard over the winter and I felt that something was going to happen soon.”

Kay, who played out of Dunbar as an amateur, had tied for eighth behind Jack McDonald in the season-opening Blairgowrie Perthshire Masters last week after carding two 70s on the Lansdowne Course.

“I’ve been playing well recently and it’s more that my bad stuff hasn’t been that bad, if that makes sense,” he added. “Over the last two days, I only dropped one shot per round and last week I think it was only three shots over 36 holes. It all kind of came together over the last two days and mentally I was also in a good place.

“Apart from tying for first in the opening stage of the European Tour Q-School, this my first win as a professional. It’s nice to get over that hurdle and hopefully I can push on from here.

“My goal this year is to gain any opportunity I can at a higher level and that is on the Challenge Tour. So I am hoping to achieve that between the Tartan Pro Tour and the Clutch Pro Tour down south.”

Locke secured his share of second spot with a 67 while Chris Doak carded a best-of-the-day 65 to finish joint-10th.

Keith Pelley: Genesis Scottish Open will aspire kids to be next Sandy Lyle or Co…

A message from the Editor: Thank you for reading this article. We’re more reliant on your support than ever as the shift in consumer habits brought about by Coronavirus impacts our advertisers. If you haven’t already, please consider supporting our trusted, fact-checked journalism by taking out a