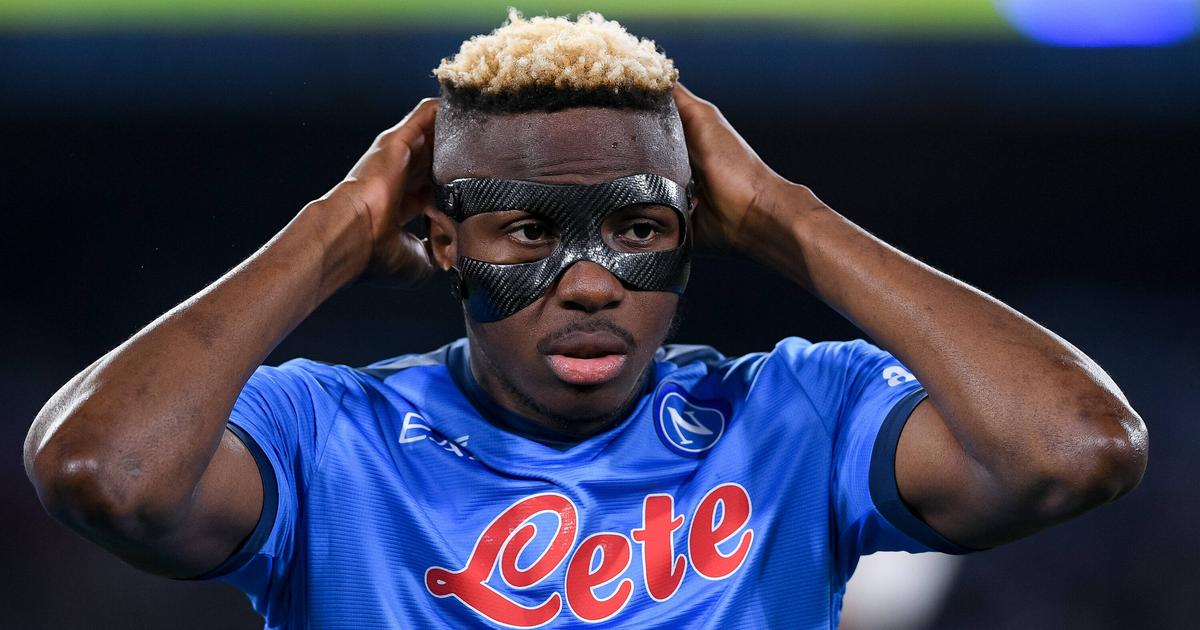 Nigerian striker Victor Osimhen is a big reason Napoli are even in a title race this season as he is the club’s highest scorer and has singlehandedly won them valuable points on multiple occasions.

But Osimhen could also be the one who costs his team the Scudetto with a worrying trend that has been noticeable not just this season but through his Napoli career.

The 23-year old failed to score against Roma which in itself is not a problem but overall has now become a cause of concern for even his staunchest of supporters.

This was the seventh game Osimhen has played this season against the rest of the traditional Italian Serie A top seven teams consisting of Juventus, Inter, AC Milan, Roma, Lazio and Atalanta. In those games, Osimhen failed to score a single goal and Napoli have won just twice.

Perhaps even more interestingly, Napoli won three of the five games Osimhen missed dues to injuries and suspension against the aforementioned teams.

Not only does Osimhen’s numbers against big teams need to improve but it appears his team plays better in those games without him, at least going by the results.

Osimhen has scored 12 Serie A goals this season against seven different teams, five of whom are currently in the bottom half of the Serie A table.

The only top half teams Osimhen has scored against this season are Hellas Verona in ninth and Fiorentina in sixth. Sampdoria, Cagliari and Venezia appear to be his favourite victims with five goals combined against those three relegation-battling teams.

This happened in his debut Serie A season as well, Osimhen only scored one goal in eight games against Juventus, Inter, AC Milan, Roma, Lazio and Atalanta.

That makes it one goal in 15 Serie A appearances against the top teams, simply not good enough for a player of his calibre and undeniable talent.

To say that Osimhen is costing Napoli the Serie A title might seem like an overreaction especially since he’s come up clutch for them many times this season already.

But if the club goes into games against their fellow title contenders already down to 10 men because the main man can’t seem to score when the stakes are highest, then the club simply cannot win the title.

Lucky for Osimhen, he has age on his side and plenty of time to correct this embarrassing tag that is now starting to stick, the longer he continues to be the ‘reverse Drogba’ the worse it will tell on his confidence and value.

No matter what he goes on to achieve, people will tend to remember him as the guy who can’t score in big games.