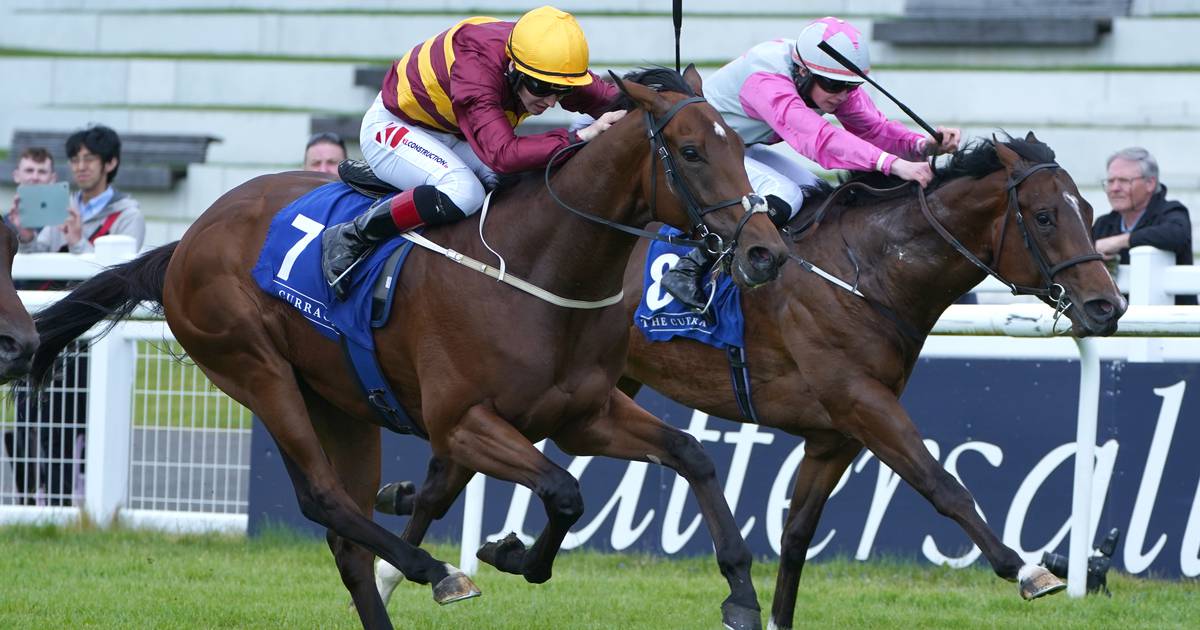 Champion jockey Colin Keane could have an enviable choice to make in Saturday’s Goffs Million at the Curragh. His boss, Ger Lyons, has both Hellsing and Beauty Crescent at the top of the betting for Europe’s richest two-year-old race, which will be run for the first time since 2009.

“The prizefund has increased to €1,234,000 with any surplus of entry fees added back into the pot along with our sponsorship fee and Horse Racing Ireland contribution,” said the Goffs chief executive Henry Beeby.

Keane, who is trailing Billy Lee by one (78-77) in the jockey’s championship, rode both Hellsing and Beauty Crescent to win last time out, with the latter successful in Fairyhouse’s Blenheim Stakes on Monday.

A decision may also be taken next week that sees Keane reunited with his Irish Derby winner Westover in next Sunday’s Qatar Prix de l’Arc de Triomphe.

Keane successfully replaced Rob Hornby on the Juddmonte-owned colt in June’s Curragh Classic before finishing out of the money in the King George at Ascot. As to who rides Westover in the Arc, the Juddmonte spokesman, Barry Mahon, reported: “It’s actually something we haven’t even talked about. We’ll probably have to start discussing it next week and what the family would like to do.”

After a luckless passage through the straight in the Irish Champion Stakes on Vadeni earlier this month, Christophe Soumillon appears to have got his wish as the Aga Khan-owned colt will next line up in the Arc.

Trainer Jean Claude Rouget’s immediate reaction after finishing third to Luxembourg and Onesto at Leopardstown was to aim Vadeni at the English Champion and a potential clash with Baaeed. However, the owner’s spokesman, Georges Rimaud, said on Wednesday: “All things being well, Vadeni will run in the Arc next weekend.

“We feel the forecast is better for France at the moment than it is generally for the meeting at Ascot, so we opted to go for the better ground, basically. Hopefully the ground will be suitable in Paris as that is an element of importance for this horse. He doesn’t need good ground as such, but he doesn’t need to have it very slow or deep or challenging.”